Malaysia as a laughing stock?

While Malaysians are still fighting over the Siti Inshah versus Namewee case, lets take a look on how people outside of Malaysia think about us. Especially these people from youngturks.com.
As you can see, these two Young Turks are having a pretty good time making fun of the call to ban Avril Lavigne for being too sexy in Malaysia.


It's funny how we fight against each other internally over petty stuff like who came to Malaysia first, who build the twin towers and whether Malays and Chinese are born genetically different while not giving a damn about how Malaysia is faring externally. Well, perhaps some of us are ok with the "extremist Muslim country" label given to us by these "liberal Whites". After all, who cares about how others think of us as long as we think that we're the best of the best in the world. Determining which race is the better one is definitely more important than defending Malaysia's namesake in the international arena.
Of course, i'm not saying that what those two fellas in the video are completely true. In fact if you take a closer look a things, you'll find that they're just over exaggerating and biased on their claims. Like how they choose to use photos of Avril all dressed up instead of photos like this:- 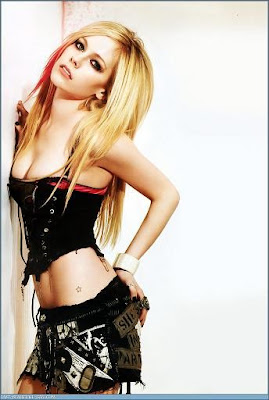 Heck, even i know how to choose photos to make my case. Let's say Britney Spears got banned next for being too sexy, which we all know she is, but i'm determined to show that she is not and make fun of whoever who banned her. "Sexy? Britney Spears sexy? How could she be sexy when she dresses like this?" 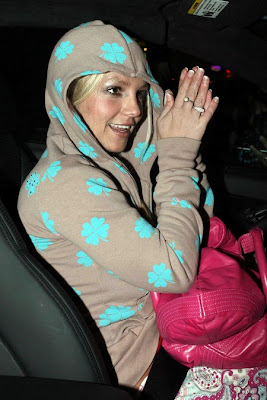 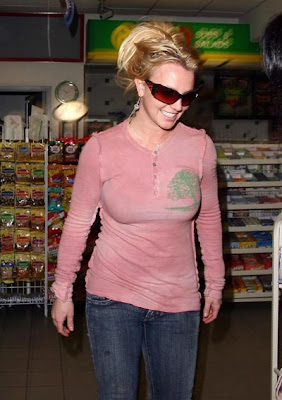 And of course, the commentators also failed to mention that it was an youth branch of an opposition party what was coming up with these strange ideas. Not to mention whether if it's real or it's just BN's attempt to paint PAS as an extremist party. Heck, i did no hear Nik Aziz coming out to condemn also. And where the heck did they get the "No Jumping, No Shouting in Concert" part from anyway?
Of course, with Malaysians more caught up in the never ending racism news locally rather than taking notice of international criticisms, it's no wonder that most international artistes think so lowly of Malaysia and now begin flocking to our neighboring countries instead. If you hadn't noticed, our next door neighbor, Singapore especially, is happily accepting the artistes that Malaysia is banning. In fact, it is not surprising to picture Singapore government's desire in wanting Malaysia to keep on banning or imposing ridiculous rules on international artistes. That way, international artistes would be afraid to perform in Malaysia and would opt for an alternative instead, which happens to be Singapore mostly. And along with that, more tourists would visit Singapore for the performances, Malaysians included because we cannot watch the performances locally, and Singapore could earn more from the tourists' spending. So much for wanting to make Malaysia a tourism hub.
Oh well, maybe we can settle with Osama rapping for us instead. 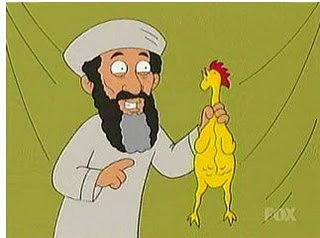