Supper. The time to fill up a stomach that was not so filled during dinner thanks to the horrendous dinner. Also happens to be the time when my brain seems to be the most energized. Energized in not so important things like thinking a new name for the clique i'm in.
If my memory did not fail me, somehow the conversation ranged from being a nerd to how people label our clique as. For your information, the clique that i mix with in my hall used to be called the "Eusoff Freshie Gang" because well, we stay in Eusoff Hall and we happen to be freshmen. The only problem was the "Freshie" tag because we can't stay fresh forever and sooner or later we gonna have to change names. We just don't have the time, until today that is. After a hearty bowl of noodles, a cup of bubble tea and a fair amount of cock-talking, somehow the neurons in my brain decided to fire more rapidly and eventually lead to the below events:- 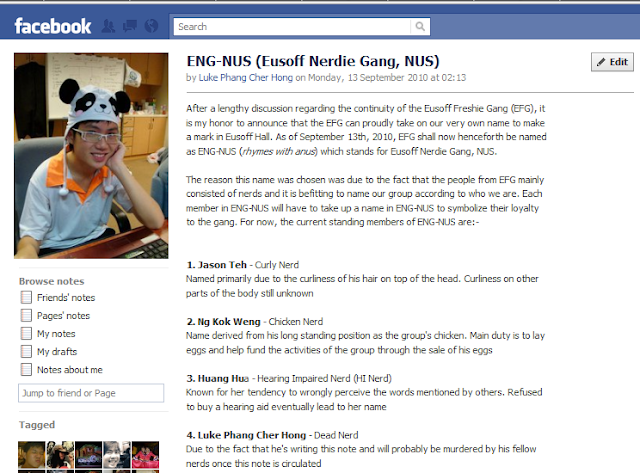 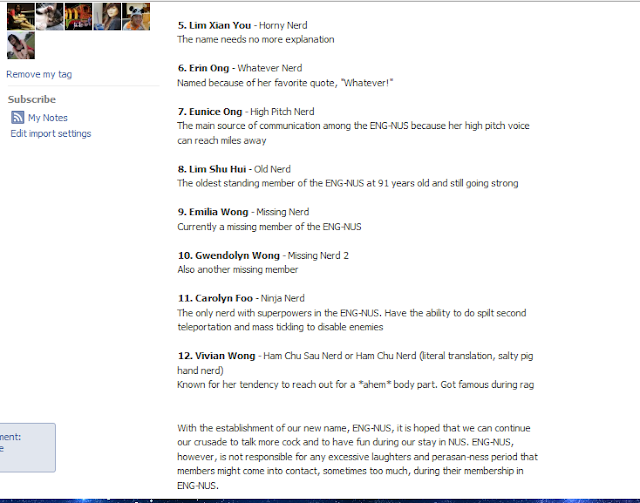 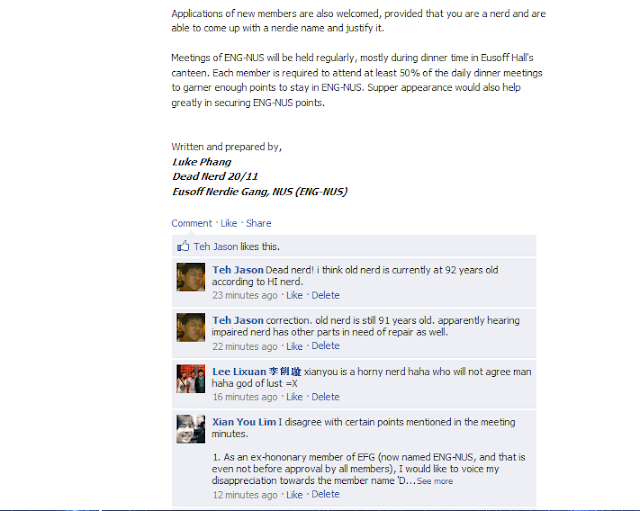 It's a shame my brain do not work like this when i'm busy thinking of assignments and projects. I guess somethings can only be achieved through a bowl of noodles and a cup of bubble tea. Not to mention some fair amount of cock-talking. Next up, it's time to design ourselves some banners and posters!
Presenting ENG-NUS Posters! 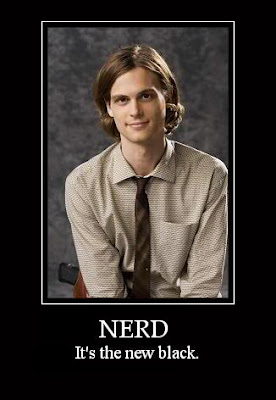 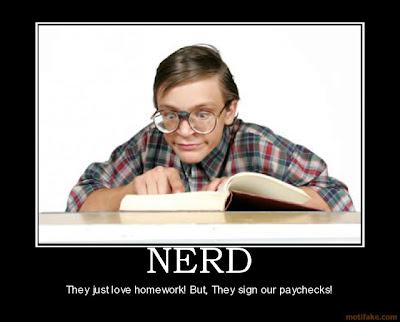