Ewww, PDAs. Not the Personal Digital Assistant phones, mind you, but rather Public Display of Affections. The action where you openly declare your love to your partner like the couple i saw just now who was happily caressing each other inside the university bus, much to the amazement of their fellow university mates.
No matter how hard i try, i just could not understand why there is a need to show such open actions of affection to your partner. I mean sure, you got a hot girlfriend with a hot body and you can't wait to show to the world that you can do whatever with her. But have you thought about the fact that if she's ok with doing you in the public, she's ok with doing other guys in public too? The same applies vice versa.
Of course, you can argue that i'm just jealous because i don't have a girlfriend to kiss in public (which is wrong btw, cause i do have a girlfriend) and that's why i'm against such act. Or you can argue that it's none of my business and you have to rights to do whatever you want. 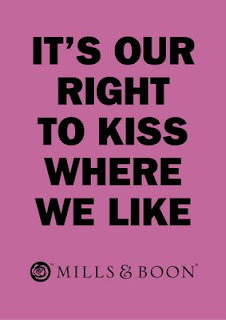 Of course, i wouldn't argue against the fundamental rights of you expressing your love to your partner. I understand that your urge is so much that you cannot wait until both of you get to a more private space. But seriously, caressing each other in the form of touching here, touching there, smelling here, smelling there in a crowded bus? What are you trying to show anyway? A peck on the cheek to say goodbye or holding hands is still acceptable, but getting way more than intimate is definitely eye raising. I would very much prefer if both of you would just strip and make love there on the stop straight away since you're making everyone feel awkward already.
So yeah, i'm against PDAs. One is because it makes others who are nearby you, particularly the poor person  beside you while you're busy making out with your girlfriend extremely awkward. What do you expect him to do, anyway? Act as if he did not see anything, which is impossible given that his hormones are raging inside him and you're noisily slurping away? Or admire what you're doing which might end up getting you scold him back for being rude and not respecting your privacy in kissing your girlfriend (privacy in public bus, my foot)? Or join in the fun? You tell me. As far as i know, there's no one correct way for us onlookers to react when you're getting intimate with your partner. My advice? Take it to your room please.

There, nobody cares of what you two do together. Ride it, smother it, anything. As long as it don't get noisy.
Labels: Life Love Matters Rantings