A social networking site that is regarded as one of the greatest inventions in human history after the internet. One of the most visited sites on the internet daily, Facebook has become so integrated with our lives that the absence of it can make us go haywire. Keeping in touch with friends, stalking previous lovers and de-stressing with a game of Mafia Wars are all examples of the activities can be done with Facebook. Even day to day conversations like the latest jokes and gossips involve Facebook somehow ("Did you see the picture that Wendy uploaded last night with Phil half naked in it?"). To put it simply, this social networking site has essentially become a must have for anyone with an internet connection and regarded as one of the most important tool ever created. 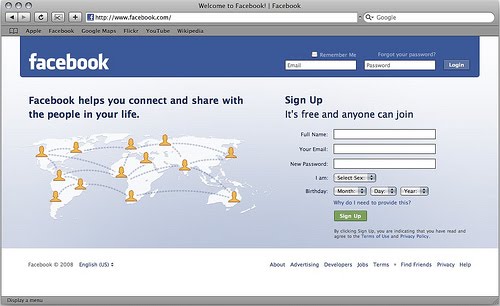 However, Facebook is also known for its controversy. Not everyone thinks that Facebook is useful to society. At least in countries like Pakistan, Syria, China and Vietnam, that is. In countries where the flow of information is tightly controlled and regulated, Facebook is regarded as a tool that can be manipulated to spread anti-government propaganda that can destabilize society. Therefore, in the countries mention above, Facebook is a banned website meaning that even with access to internet, you have no way to access Facebook if your IP address is located in the mentioned countries. And yes, people in those country have no idea of what Farmville or Hotel City is.
In China, there is a pseudo Facebook website there. You can call it the Chinese version of Facebook. Called RenRen.com, it serves as an alternative to Facebook where users can do almost anything like in the original Facebook, except connect to the outside world. RenRen.com came as an solution to the people in China who still wants a social networking site like Facebook but at the same time do not want to go against their country's laws. Facebook was shut down by the Chinese government in 2009 following unrest that was blamed on the popular social networking site. 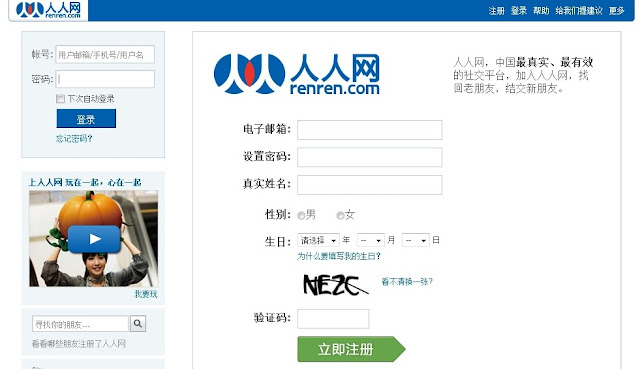 RenRen.com, China's own Facebook
However, anti-government propaganda was not the only controversy generated by Facebook. There have been also numerous complaints by conservatives on how Facebook can degrade the moral values in society. These group of people are worried on how immoral ideas of pre-marital sex and alcohol drinking can be spread easily in Facebook and thus influencing the minds of the younger generation. They are concerned with pictures of people partying with sexy clothing, along with a bottle of beer in their hand, would result in a higher rate of rape cases and social ills.
This type of concern is especially prevalent in the Muslim countries and following the footsteps of China, these conservatives also plan to create a version of Facebook of their own. Called Madina.com, the site is intended as a social networking site for Muslims, away from the influences of the infidel Western culture. The site uses a slightly different version of the Facebook motto which is, "Madina helps you connect and share halal with the people in your life." And yes, i'm not joking.

A snapshot of Madina.com. You can see the similarity of it with the original Facebook site
Attempts at joining that site however, was met with failure. Perhaps the site have an auto-detecting machine that figured out that i wasn't halal and thus banning me from joining.
Labels: Religion Techie Stuff