We Went To Catch The Sunrise, But Got Chased Away By The Lightning...

4 am. That's the time i normally go to sleep after a hard day of working, gaming, eating and talking cock after coming to university. But today, 4 am is the time i had to wake up for a 4.9km run to a nearby hill in Kent Ridge Park. Honestly, it's been years since i had to wake up so early since coming to Singapore. And that involves running. I'm not a fan of running either, proven with me sitting in front of this computer either updating my blog or gaming most of the time. 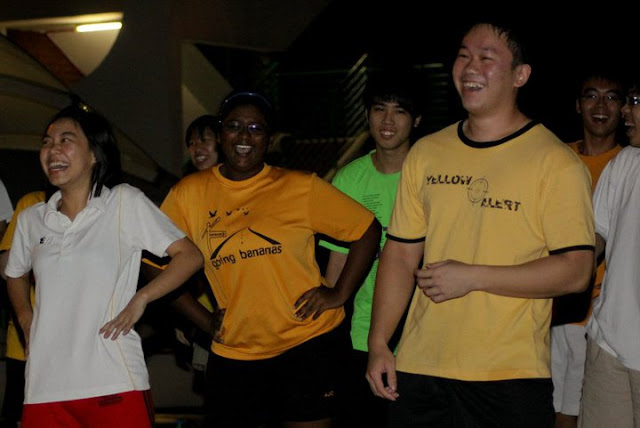 Somehow the raggers were more awake than me during that time

But it was for EHOC (Eusoff Hall's Orientation Committee) and i've been slacking around pretty much already so i figured it's not a wise choice for me to slack anymore. I dragged my lazy bum out of the bed, bath, changed and prayed that i would not drop dead halfway through the run later. It's been years since i last exercised so i'm really worried about the amount my body would take before collapsing. Well, at least we're going to catch the sunrise, as how Park puts it during his speech, which sounded quite romantic so i'm not complaining. Besides, i was hoping to take some cool sunrise photos and post it here. Yeah i know, the thought of turning everyday events into a blog post is now a permanent feature in my head. 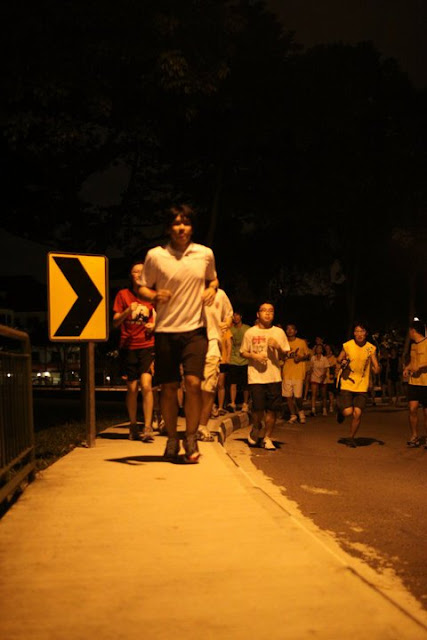 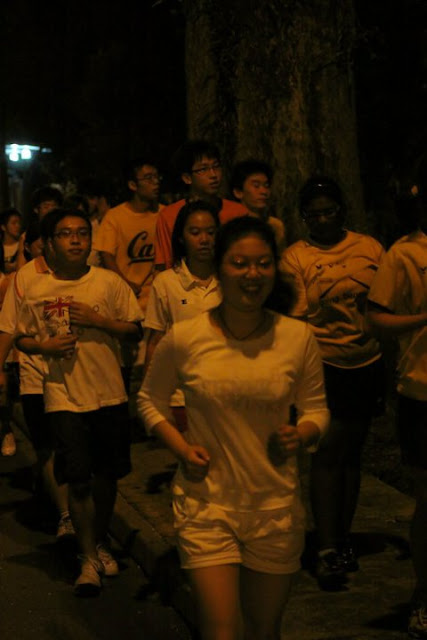 I was half dead when we reached the top of Kent Ridge Park. Half dead as in going to pass out that kind. Honestly, i should really cut down on computer time and increase exercise time. Which strangely never seems to happen. Thankfully the programmers brought 100 Plus and ice together. Those items were god-sent. 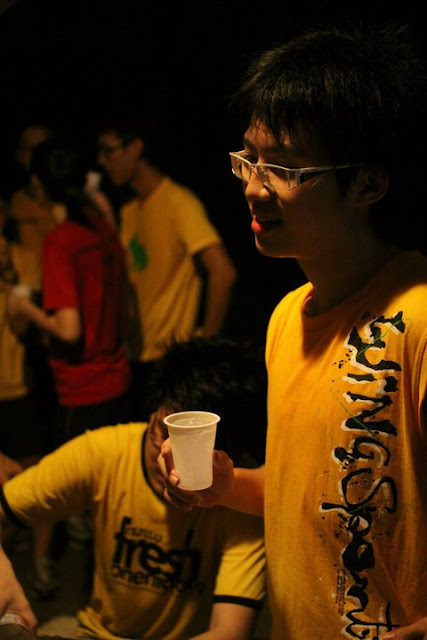 We spent some time talking in the small hut we're in, chilling and relaxing while waiting for the sunrise. Our hall master gave a speech, Park the president gave a speech while i resorted to taking a video cam and walking around filming everyone. Exercise can indeed bring out the good mood in people, i noticed.

So we were taking some photos and admiring the natural morning beauty when the most dreaded thing that can happen to spoil your sunrise moment happened. At first it was a few drops of water and before long streaks of lighting followed by the loud roar of thunders were seen and heard in the far distance. Not a good thing. After some discussion, we scrambled to take a group photo under the light drizzle and decided that today was not our day. We quickly made it down from the hill we're on accompanied by the booming sound of the thunder, flashes of lighting and the occasional rants by the hall master urging us to go faster.

Fortunately for us, we all reached hall in one piece without any of us becoming the Flash, much to master's relieve. The sad thing, however, was missing the sunrise. That pretty much explains this post's title though. But of course, i'm not going to be beaten by nature though and definitely not a stupid thunderstorm. So here's a picture of sunrise from Google images! 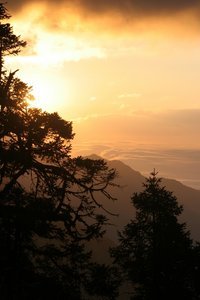 P/s: I'm hoping to jog to the hill again and catch the freaking sunrise when the threat of a lightning striking me down isn't that high. Credits go to EusoffWorks for most of the photo you're seeing!