Marcus showed me a really cool trailer for an upcoming MMORPG (massively multiplayer online role playing game) game called Star Wars: The Old Republic yesterday. You can check out the trailer here:-
Being an avid gamer and a Star Wars fan, a nerd in short, this is a must play game for me! The other cool thing about this game is that it's way different from the normal MMORPG games like World of Warcraft, Ragnarok or Perfect World for example. In this game, they revamped the whole character types in the game to differ from the conventional classes such a tanker, healer or a damage dealer. Classes in this game, though with various abilities, can still perform quests on their own. No more waiting or searching far and wide for a healer for an important quest. 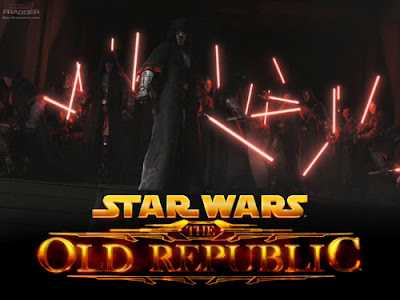 The big universe in the game, covering a few well known planets like Tatooine, Naboo and Yavin in the Star Wars series is also another positive point. Players will never get bored of visiting the same places over and over again when there's so many different places to explore. Each player will also be equipped with a star ship for your travels!

The story is set a few thousand years before the events in the movie when the Republic is not yet strong and the Siths and Jedis are still going around fighting each other. Players can choose either to side with the Dark Side or the Light Side, with each side having unique characters of their own. Too bad the game has not been released yet though and there's no official date yet, but i'm waiting!
In the meantime, i've signed up to as a tester for the game, hopefully i can get it and keeping myself updated with the latest updates. If you're a computer game junkie, this is the game for you!
Star Wars: The Old Republic Official Site can be found at: http://www.swtor.com/
Labels: Gaming