I'm a lazy blogger who likes to write lazy posts. Explains why my earnings reflect a lazy earning too. Anyways, this is gonna be another lazy post from me where i will turn to my trusty friend, the internet, coop something from there, comment a bit on it and declare it as a blog post! Sorry-lah when your brain juice is running dry, plagiarism innovation is a very good method to keep your blog alive.
Ahem. So let me get started. As we all know, with the arrival of Youtube plus webcams, many people have been able post videos of themselves doing all sorts of things unto it. One of the many types on genres of videos posted would be the ranting videos. The kind of video where a person rants on and on about a certain issue, most of the time accompanied by lots of swearing and cussing. Something similar to Lukey's Rantings, minus the swearing and cussing, and except that Lukey's Rantings is words centered and does not get one million plus views per update. 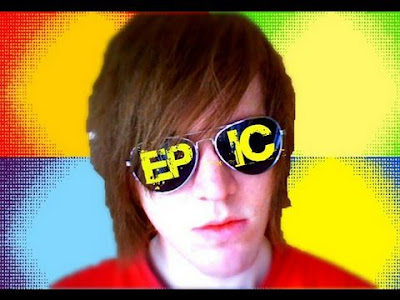 Shane Dawson for example, is one of the most famous Youtube celebrity that does the ranting type of videos. You can normally see his videos on the featured videos corner in Youtube.
Shane Dawson's Youtube channel: http://www.youtube.com/user/ShaneDawsonTV
I used to wonder how some random guy ranting on Youtube could be so famous. I mean, a few million views per video! Reaching even 100 page views per blog post for is already like scaling Mt Everest for me. But i think i found the reason why some people just love all these Youtube celebrities when i see this guy:- 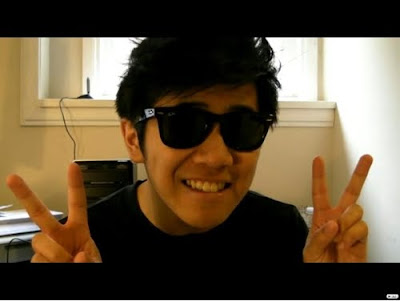 His name is Peter Chao, he's a Canadian Chinese with Hong Kong roots (which explains why i could relate easier with him and yes, i'm being sort of a racist) and speaks with a funny Hong Kong accent! Most importantly, he disses everything that i hate too!
He disses about Twilight: Eclipse
He disses Justin Bieber
And Ipad got dissed too!
Peter Chao! My Youtube hero!
Hmm... perhaps Lukey's Rantings should go Youtube too!
Labels: Talk Cock Videos