I would sure like to have some magic powers of my own!

Magic! I'm always fascinated by magic. I think it's because it's sort of like some wish granting thing where i can just get whatever i want with just a few words from the mouth and a wave of a wand. Low on cash? No problem. "Adakadbra" and "poof!", there's my daily income of 1000 dollars. Need to travel far but unwilling to spend the time needed to reach there? "Adakadabra" and "poof!" again, i'm there in an instant. Simple, easy and i'm happy! 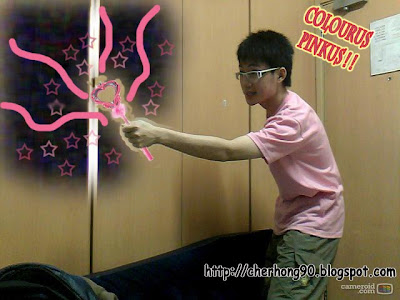 Me doing a magic trick once upon a time ago in this blog post: "Introducing Lukey Potter!" :p

Too bad most of my magical ideas can only remain as a day dreaming hobby. The possibility of me generating a 1000 dollars wad of cash using magic is the same as the possibility of Britney Spears becoming the next president of USA, which, sadly to say, is a prefect 0 chance.

I wish i could be like the guy Dave Stutler in Disney's new movie, the Sorcerer's Apprentice. 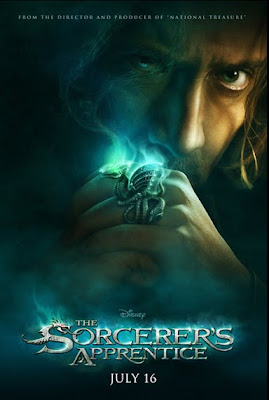 To put a long story short, this Dave guy is just like any other normal guy turned hero you would normally see in these kind of shows. He's the average, not so talented and not so popular kind of guy who one day gets recruited by this sorcerer named Balthazar as the Sorcerer's Apprentice in the quest to combat the evil that threatens humanity. Oh, not forgetting that he also has to win the girl that he likes at the same time. 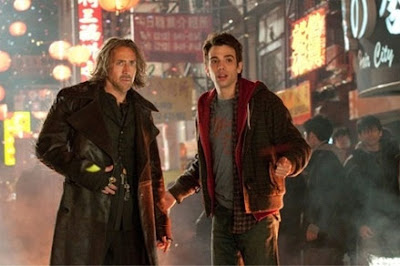 I don't know about saving the world, i tend to get all nervous and stutter in tense situations, but i'm all out for going after the girl i like with magic powers. Aside from using my powers to save the pretty girl, i could also think of some other novel ways to use my newly found magic powers for while trying to help my sifu, Balthazar save the world at the same time!


1. My Hair!
Do you ever feel how hair can be of a nuisance sometimes? For me, at least. My hair grows at an unbelievably alarming rate. Every few weeks, my line of vision will be blurred by the increasingly long hair of mine. And when that happens, i have to drag myself down to find a barber shop or risk knocking into things due to my blur vision. Which i don't like because i simply do not have the time sometimes to pay money and sit on a spot quietly for half an hour. 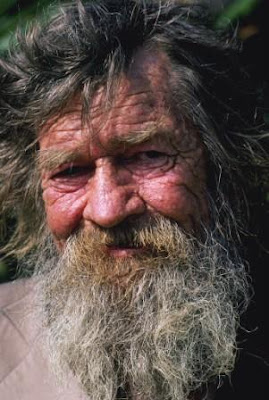 Us guys have so many "hairy" matters to worry about sometimes

So i'm gonna use my power for my hair! I can make it stop growing to avoid it blurring my vision and style it whenever i want, wherever i want! So no more trips to the barber and i can save money too! Plus, it would save me a lot of trouble when the bad guys come too (i'm a good sorcerer apprentice right? which means i have to fight the baddies!). Halfway through the fight with the bad guys, i couldn't risk telling Balthazar that i need to take a 30 minute break because i need to go to the barber to cut some of my hair off because it's blocking me vision. Speaking of that, i can use the same power on my nails too! I'm such a lazy bum when it comes to cutting nails. Ugh.
2. Homework, school?

And while we're at being lazy, i don't mind using my powers to help me do all those assignments, school work or transfer all the day lessons into my head. Maybe even make a clone of myself to take the exams too! Oh wait, if that fellow is my clone, i'm sure he wouldn't want to go to the exams too. Maybe i'll just use my powers to travel back in time and kill that guy who invented homework and exams. By doing that i'll be doing a favor for all the kids around the world too! And you cannot expect a sorcerer's apprentice to worry over his homework, school and exams while he is busy saving the world right? 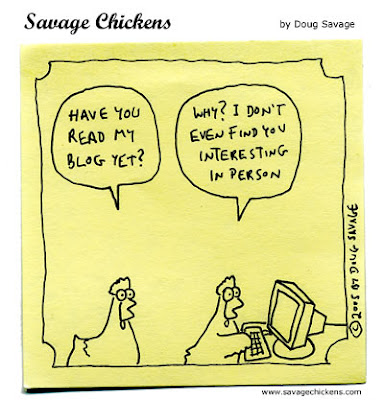 And perhaps the most important thing that i can use my power for is this blog that you're reading right now! It's been already almost four years since i started this blog and almost one year with Nuffnang, but my earnings are still hovering at a dismal state below 50 dollars. Not to mention my daily visits. While someone like Kenny Sia gets 10 000 visits per day at his peak, i can't even touch 200 visits per day. So while i'm the Sorcerer's Apprentice, i could use some of the powers i have to increase traffic to my blog. I don't know, maybe cast a spell that makes my post funnier or a hypnotic spell that makes people return to my blog everyday even with no new post.
That way, i can be famous and earn lots of money at the same time! Perhaps with the money i earn i can just pay off Balthazar's enemy, Maxim Horvath, so he would stop trying to destroy the world and go to someplace like Hawaii for a holiday. Saves lot of time and i don't have to risk my life fighting. Easy, right?

Of course, that would be me day dreaming again. So far, Balthazar has only approached one fellow to be his apprentice and that would be Dave Stutler, not Luke Phang Cher Hong. Plus you wouldn't catch Dave blogging about his powers anytime soon. He's too busy showing off his powers in the cinema. To catch him, you might wanna try there first. For the time being, i've embedded the trailer to the movie so you can see what is it to be like to be a sorcerer's apprentice!

Alternatively, you can Catch The Sorcerer’s Apprentice Movie starting from 22nd July 2010 and join the Walt Disney Studios Singapore official Facebook and Twitter page! I'll be going back to my day dreaming job then.
Labels: Competition Movies