The Ant and the Grasshopper, Malaysian style!

When i was young, my father used to tell me a story about an ant, a grasshopper and the importance of being hardworking. I'm sure most of us heard of the story before. The story goes something like this:- 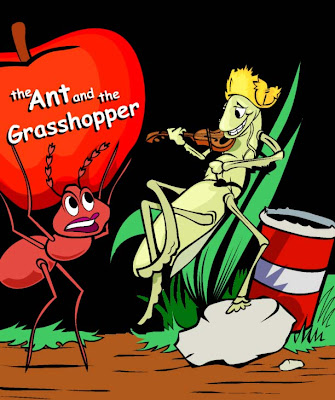 "An ant worked hard in the sweltering heat all summer, building its nest and laying up supplies for the winter.

A grasshopper thought the ant was stupid not knowing how to enjoy life. It spent its days laughing, singing & dancing thoroughly enjoying the summer.

Came winter, the ant was warm, comfortable and had no shortage of food.

The grasshopper had no proper shelter, no stored food, and couldn't find anything to eat from the snow-covered ground. So it died and the story ended." 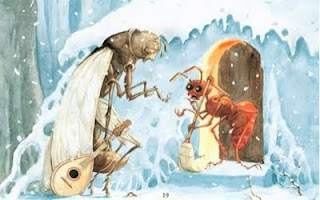 Of course, as time progresses, how the world works changes too. Especially in a country called Malaysia. Plus we Malaysians are geniuses when it comes to creativity. I received this Malaysian version of the Ant and Grasshopper story from a friend through an email.

Caution! Do not read on if you cannot take political jokes!
The story goes like that:-

"An ant worked hard in the sweltering heat all summer, building its nest and laying up supplies for the winter.
A grasshopper thought the ant was stupid not knowing how to enjoy life. It spent its days laughing, singing & dancing thoroughly enjoying the summer.
Came winter, the shivering grasshopper called a press conference and demanded to know why the ant should be warm and well fed while he was cold and starving.
TV1, TV2 & TV3 showed up to provide pictures of the shivering grasshopper alongside to a video clip of the ant in his comfortable home with a table full of food.
The majority of the Malaysian Parliamentarians were stunned by the  sharp contrast. How could this poor grasshopper be allowed to suffer?

Khairy staged a demonstration in front of the ant's nest.
Nazri went on a hunger strike along with other grasshoppers demanding that they be relocated to warmer climate area during winter.
The Malaysia Government immediately passed a law forbidding all ants from working hard in the summer so as to bring about equality of poverty between ants and grasshoppers.
Hishammudin increased 'More Special Reservations' for grasshoppers in Educational Institutions & in Government Services..
The ant was fined for failing to share 30% of his food with the grasshopper. The Prime Minister announced that this was part of the NEP.  No ant should question it. (Don't forget, Tax Audits were introduced and targeted at certain individuals who were eventually penalised heavily for not contributing enough to the well-being of the grasshoppers).

Some ant migrated to the US and set up multi-billion dollar companies there.
Hundreds of grasshoppers still died of starvation despite the 'More Special Reservations'.
Losing significant number of hard working ants and free loading the grasshoppers, Malaysia  remained a developing country, in spite of its abundant natural resources.

Latest finding showed that almost all the grasshoppers in the political arena and civil service were hoarding corrupt wealth which they refused to share with fellow grasshoppers." 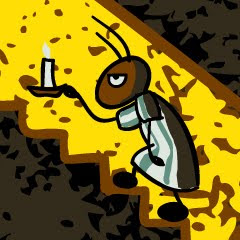 True or not? What's the moral of the story? Well, i'll leave it up to you to infer the story's meaning. I'm just posting this article that has been going around in emails in my blog to let more people read about it. There's another Australian version too but i'm don't quite understand it. Guess it takes someone who's been through everything to understand the story i guess. Anyways, have a nice day ahead!