National University of Singapore, Singapore: A student's body was recently found dead in one of the hostels in one of the Republic's university. It is believed that the student, who is not local, died in an unusual circumstances and the police are struggling to establish a cause of death. No signs of break in were observed from the scene but current evidence were too weak to point out a natural cause of death. 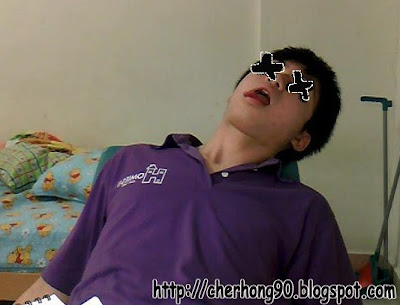 However, the police did manage to identify a probable cause of death of the student. An exam question clutched tightly in the student's hands with the statement, "A Child Who Is Intelligent Can Achieve In All Aspects. Critically evaluate this statement" and the fact that the student having an exam tomorrow might prove to be a vital clue in shedding light on the last hours of the student.
Labels: Random Talk Cock