Since the day my relationship status changed from single to this

I've been bombarded with questions, teasing and loud exclamations of disbelief from my friends. Such was the initial shock that i got near to 50+ comments from my friends in Facebook. Seems like most of my friends did not think that i would get attached so suddenly. Believe me, i did not expect anything like this to happen too.

Thanks to the fact that i own a blog plus the fact that i'm trying to increase traffic to my blog indirectly, i can save myself the trouble of explaining again and again to all my friends regarding my sudden relationship status change. Which means this post might be a bit personal. Not to mention that it might get a little wordy too.

To make things easier, i'll make the explanation story like! So sit tight and pay attention as Uncle Lukey is here to tell you the full story behind Luke's sudden relationship change! 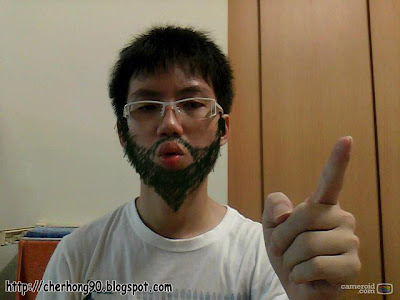 Uncle Lukey *coughs*
Before i start my story, of course, we shall need a hero. In this case the hero undoubtedly would be me, since it's my story, so please don't complain. FYI, i at least starred in a few movies before as: 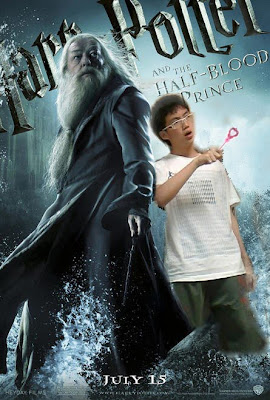 Lukey Potter!
The story takes us all back to the year 2006, 4 years ago, in a small town located in Malaysia called Ipoh. Our hero, Lukey, was still in his teenage years, naive but still handsome as always. Thanks to a television set in his house, Lukey learned that it is good to always have a pretty girl by your side to call your girlfriend. The message gets further reinforced in the place where Lukey studies, due to the fact that many of his friends constantly showed off their pretty girlfriends. 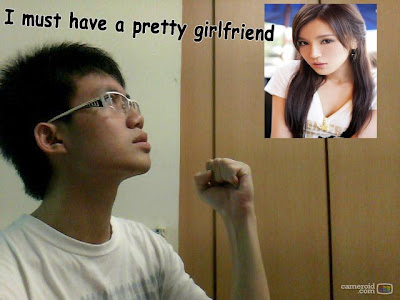 Equipped with a computer, a cheapskate dial up connection and the online tools of that time (ICQ, Friendster), Lukey embarked on a journey to know as many girls as he can and hopefully score one in the process. Sadly, Lukey did not do very well on the scoring part. But he did meet a girl called Wei Wen in the process. And well, they became friends., sort of.

Well, that was four years ago. Fast forward to the present, Lukey is now happily (or should i say stress-fully) studying in NUS while Wei Wen just finished her SPM examinations in Ipoh. Both of them were still friends, chatting, telling lame jokes, hot jokes and jokes that can combat global warming over MSN occasionally.

During the Lukey's Chinese New Year break, he went back to Ipoh and managed to meet up with Wei Wen in a McDonalds together with her friends. And there, he saw her for the first time. 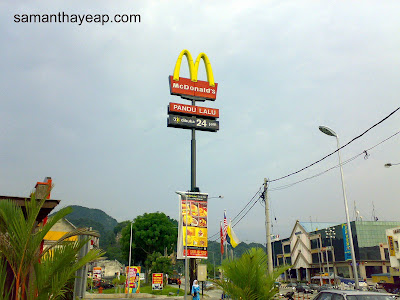 The McD (or Macs) in Gunung Rapat

To cut the story short, it can be said that the feelings of attraction began from there. The frequencies of the MSN chats increased and whenever Lukey manages to have a chance to chat with her on MSN, he feels happy. This is because honestly, Lukey sucks at MSN chatting. I think in the whole wide world there are less than 10 girls who can chat continuously with Lukey for 10 minutes without getting bored halfway. Which is why Lukey enjoys the occasional MSN with Wei Wen because she did not get bored.

Of course, with so much distance separating two of them, Lukey never put much thought into furthering the relationship and just let everything go by itself. Another three months past and it's time for Lukey to head back home again. He and Wei Wen agreed to meet up again, together with their friend Hui Guo, and maybe catch a movie at the same time. Ip Man 2 was chosen because Lukey was too terrified to watch Nightmare On Elm Street (embarassed >.<).

This time however, there's a little twist to their little date. A few weeks earlier, Lukey and Wei Wen were having their usual lame joking and cock talking in MSN. The topic somehow drifted to how shy Lukey can be in front of girls he never met before and ended with a dare from Wei Wen.

Back into the cinema during Ip Man 2, aside from enjoying Ip Man's fight moves, Lukey was also thinking about Wei Wen's dare. She never mentioned about it the entire day. Lukey wonders if she had forgotten it. During the scenes of Sammo Hung dying, Lukey saw his chance. He leaned over and planted a kiss on her cheek. He did his dare! And that's when all the feelings got confused.

The cinema incident was never mentioned again after the movie. It seems like a bit awkward to discuss about it. So the incident passed and Lukey went back to Singapore again. But what happened inside the cinema kept lingering inside his head. He had so many questions but no one to answer it. 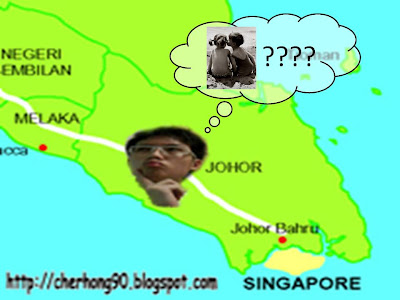 Of course, none of questions got answered. Which finally brings us to the climax of the whole story. While he was busy browsing Facebook one night, Lukey saw that Wei Wen changed her relationship status. It did not mention who she was with at first so curious, Lukey messaged her and asked for the identity of that lucky guy. He found out that there was in fact no lucky guy and the relationship status change was just deter potential stalkers from harassing her.

Lukey, being always playful and mischievous, suggested to Wei Wen that why not he become her temporary fake boyfriend. Of course, Lukey wasn't really hoping to just become a temporary fake boyfriend but hoped for more. She said yes and the status was changed. The story got pretty well known starting from there. And due to Lukey's secret hope, he did not explain much on the first night.
The next day, while Lukey was in Jason's house in KL, the question of why not popped into his mind as he was chatting with her. He asked whether they could become a real couple instead of a fake one and voila, soon you had Lukey secretly jumping up and down inside his heart when he found out that she too had feelings for him. And you know how the story goes from there.
Thus this concludes our story telling time by Uncle Lukey! 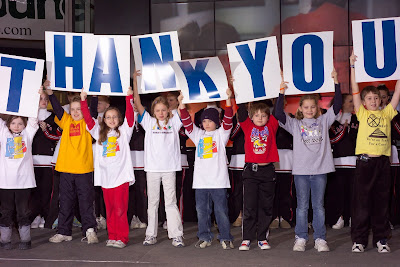 Naive? Stupid? Just playing around? Too desperate? Crazy?
I know many will question me on the logic and wisdom used in making this decision I don't expect everyone to agree with my actions either. Neither can i stop you from judging, that's for sure. But i know that deep down inside me, i want this to happen. And since chance and fate both presented itself so perfectly together, i don't see why not.
I'm not saying that there will be problems ahead, in fact i know it'll be more but i'm willing to risk it. Even close proximity couples argue all the time. But i do not want to like a person just because she's closer in distance to me and i can see her everyday. If that was the case, we might as well marry our neighbors and be done with it.
I'm not gonna worry about the future too much either. Every relationships is bound to have its own problems. I choose to enjoy what i have now and leave the future to God. Like the saying that goes:
"Let Tomorrow's Worries Take Care of Itself".
And of course, i'm not able to guarantee that i'll be with her forever also. Promises like "Love You Forever" are nothing more that empty lies to make people feel better. I will however, try my best to make it forever. In case if things really did not end up the way i want to, well i could always return to being single for another year again.