I had exams but Iron Man 2 is definitely more important ! !

I've been going on and on about exams lately. I'm sure some of you might want to throw a shoe at me now for my incessant rants about exams. But i really cannot control myself. Failing in university exams is so gonna get my future screwed up.
But of course, when you have Robert Downer Jr returning as the cocky Tony Stark aka Iron Man, somehow you'll ignore all rational judgments and buy a ticket to the movie with friends. Even with an image of my lecturer looming over my head constantly whispering,
"Watching Iron Man 2 will not help you score an A in your exams". 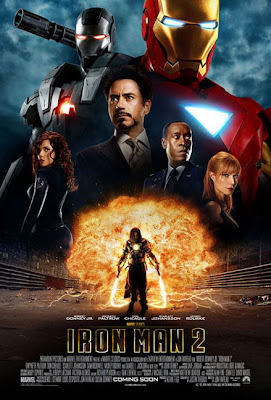 This poster probably got displayed over a million times already all over the world's blogs
I'm pretty sure almost all the blogs, newspapers and crazy people on Youtube out there have commented on this movie. So i'll just save my breath and try to summarize the whole movie in one sentence; The Movie Rocks! Though i must admit being kinda disappointed by the action scenes. RottenTomatoes.com on the other hand, rated this movie at 74%. Not as high as expected but yeah, i too got disappointed so it's not surprising. The one thing that's worth mentioning in this movie besides Downey Jr himself is none other than Scarlett Johansson! She plays the hot Agent Romanov or something. The scenes where she took off her shirt while changing in the car and when her red bra lacing can be seen before Tony Stark went to race are legendary. Whoah, hot, so hot! 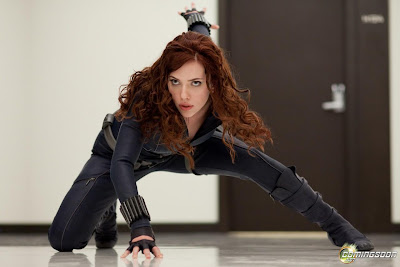 Oh my 'sky', how i wished to be one one the guards whacked by her in the movie
And of course, like all the other Marvel Comics movies, there is a secret scene after the credits! Had to endure almost 15 minutes of words and only words just to get watch this. For all of you who are in the dark, all these secret endings and the appearance of Nick Fury are in preparation of the upcoming Avengers movie. Something like wanting to build up the hype.
Iron Man and also The Hulk 2 have this kind of ending and i've embedded all 3 of them in case you missed out on any of the endings.
Iron Man Secret Ending
Iron Man 2 Secret Ending
The Hulk 2 Secret Ending
http://www.youtube.com/watch?v=tyqR3RV2kYc
Next up, movies about Thor and Captain America and lastly, the Avengers Movie!
Oh, not forgetting another exclusive insider tip regarding this Avengers Movie build up. From what i heard, they are planning to include an all new superhero in the Avengers Movie too besides Iron Man, Thor, The Hulk, Captain America, Nick Fury and Black Widow. This superhero is rumored to be not from the traditional  Marvel Universe nor DC Universe but an all new LR Universe.
Introducing Handsome - Lukey - Man! 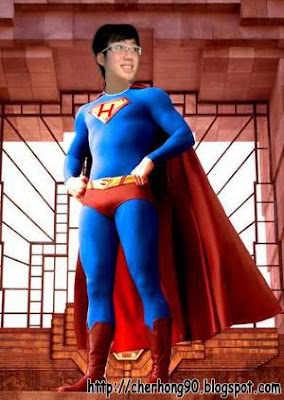 Okay, forgive me for day-dreaming too much. The stress of the exams must have gotten into my head.