Study trip to the library XD

What is the place that people normally hates to go but is always filled up 24/7 when exams are approaching?
In NUS, we call that place the library. 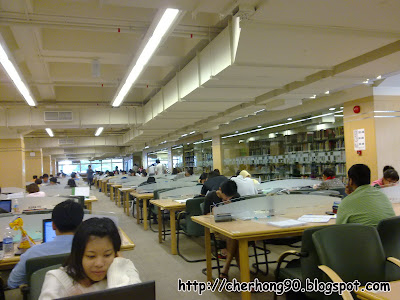 Look at the people! Normally, before exam, you can only see one fly here. Okay, i'm exaggerating. Maybe not one fly but two flies.
I for one do not like library that much partly because it does not allow me to do what i enjoy in life, which is talking. But i had no choice but to follow the crowd's wisdom. 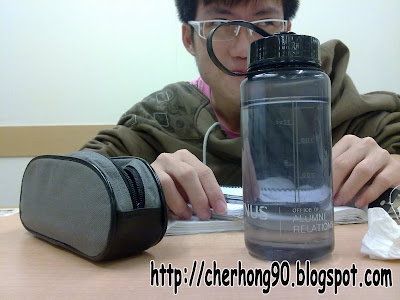 "Erm, this is my first time in the library so i really do not know what to do here."
Yeap, found out that studying in library can indeed boost the studying productivity.

One reason being peer pressure, because when you see the other hundred over people you see all around library is studying, you'll be compelled to join in too. Doing anything that makes even the tinniest noise, like sneezing, will result in loads of people staring at you as if like they want to kill you.

Another reason is that i'm being away from the cause of all evil, my laptop! 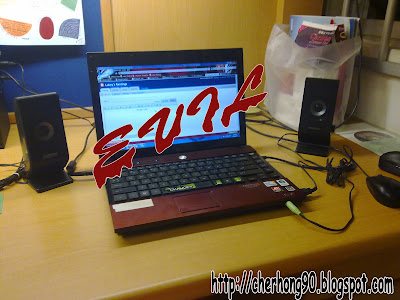 Which means i cannot go on Facebook or do other random stuff on the internet every 5 minute or so when studying. Like they say, the best way not to sin is to stay away from the temptation.

In the end, the study trip proved to be quite successful!

Compared to the two pages that i can only normally cover in a normal studying day in my room, i managed to cover two chapters! This is something like winning the nobel prize for someone like me. Even i myself cannot believe it. Ahem, first i wanna thank my mother, my father for having a handsome son like me... bla bla bla...

(Yeah i know, giving a speech for just finishing 2 chapters in the textbook sounds ridiculous >.<) 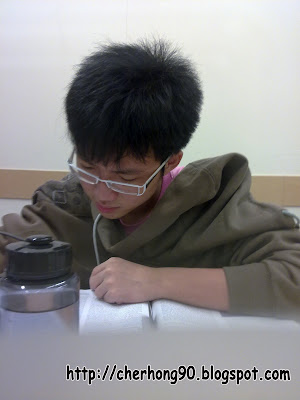 This is the sight of Luke, studying, a sight so rare that scientists at first believed that this photo was made up by Luke himself to dupe the public into believing that he's now a mugger and not a slacker.

Before i forget, i must say that this time, i was more successful in staying awake the whole period in the library compared to Huang Hua that followed me. Proof: 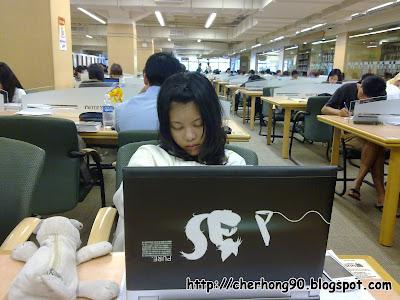 Rock a by baby, on the tree top~ When the wind blows, the cradle will rock~ Zzzz