Story of a Nerd going to NUS Dance Uncensored: Fervore 09/10

Did you ever noticed how our world is shaped in a way where most of the time, people who are extroverts get more fame and glory? Of course, we introverts have Bill Gates, Stephen Hawkings or Albert Einstein to make the introverts proud, but those moments only happen when you manage to invent an operating system that crashes most of the time but still manages to be the richest man on Earth or design a bomb to end a world war.
It's kinda sad right?
I was noticing how most of the time, the people who are on stage singing, acting or dancing are mostly extroverts. Introverts like me are either the audience or the fella pulling the curtain. It's not that i'm against extroverts or something, but somehow, our world is shaped in a way where people who are mostly on stage are appreciated more than the people behind stage.
Okay, never mind.
I was just jealous that guys with big round glasses like me can only afford to sit in front of a computer blogging rather than performing some slick moves in a dance performance. Besides, it's during performances like the Dance Uncensored: Fervore, which i went to watch today, is where the hottest girls go. 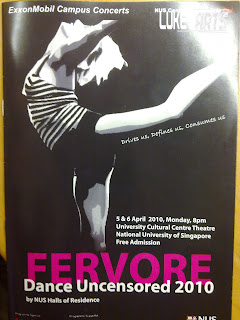 The dance Eusoff Hall (my hostel) was presenting: 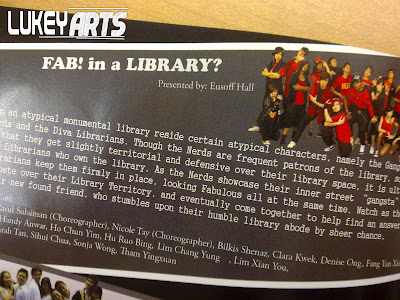 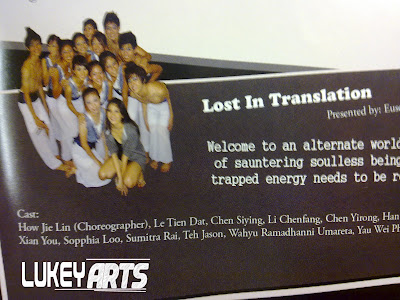 Carolyn and i were quite bored before the show started so we decided to show off our drawing skills by drawing "stick people" with a storyline. 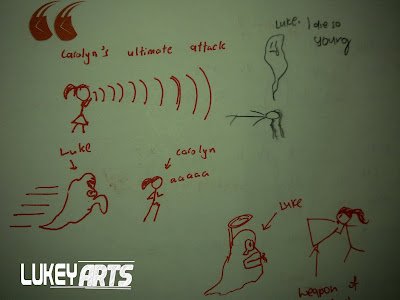 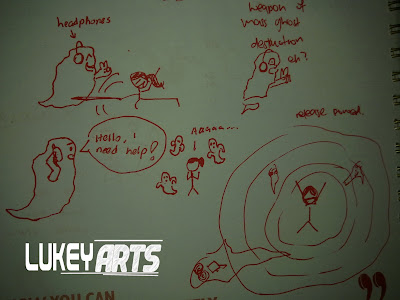 We thought our drawings were so good until even during the intermission we drew. 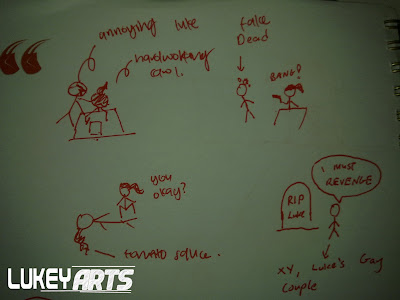 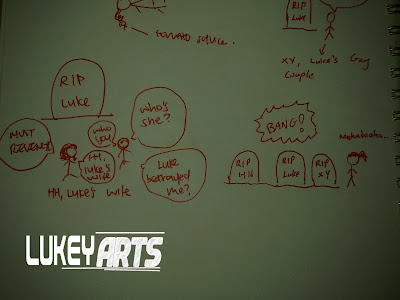 How about that? Can my drawings match those of XKCD?

Sadly, we could only come up with so much drawings because we were busy watching the dance performances and it was too dark to draw anyway. Overall, most of the dances were quite good, a few noticeable good dances were ClassRHoom Days (Raffles Hall), iTravel (Sheares Hall), Party in the USA (Kent Ridge Hall), A Moment to Remember (Kent Ridge Hall), Director's Cut (Raffles Hall), Breaking Free (King Edward VII Hall) and also Distance: How Far Are You, Exactly? (Temasek Hall).
The dances were nicely choreographed, some even incorporating a funny storyline to accompany the dance and the dancers' expression was epic. Not to mention that some of the girl dancers were hot too! Fuh!
Of course, both the dances from Eusoff Hall was also great.
(Must talk good about own hall cause' my friends are gonna kill me if i don't)
There was however, a dance that i could not really understand it at all. It used a very epic music for the dance, but all the dancers did were just pointing around the theater. Hmm am i missing something here?
Aside from great dance performances, there was some behind the scenes picture ("fail" pictures) that i managed to grab from Miss Yellow Flower, my informant, ops i mean my friend, from the Eusoff's Dance Group.
Failed Umbrella by Danny 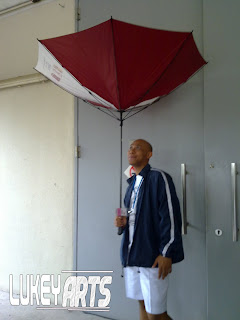 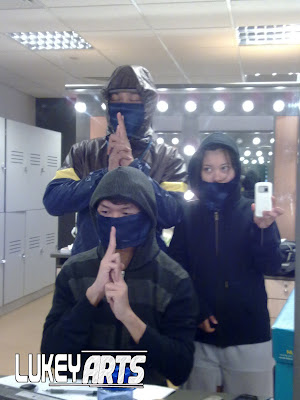 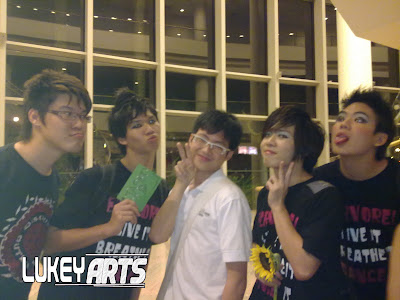 All hope was not lost however, as amid all the failed pictures, the talented Lukey Photographer managed two capture 2 Win photos during supper! 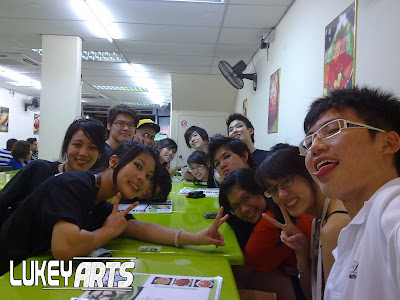 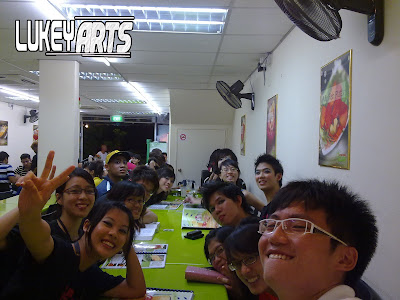 Eh, it's not easy to put 13 people in one picture ok? Especially if you're holding the camera and and you want to be in a picture too. And considering the camera you're using is just a handphone camera.
So that's why it's a WIN photo!
Labels: Friends Life Updates Pictures