On one fine evening (or rather it should be night), 6 friends from the same hostel, Eusoff Hall, whom we shall refer to as Eusoffians, set out from their hall for their annual supper outing. That night, the six of them decided not to go to their usual place of supper which is closer to where they live but instead chose to head for a further place called Sheares Hall. Little did they know of what the consequences their actions would have.
The supper itself turned out fine. Everything seemed normal at first, but not for long. They soon heard the dreaded sound of the thunder and before they could do anything, heavy rained poured on to the earth accompanied by bright lightnings and loud thunders. They were trapped in Sheares.
Investigators who first worked on the case to find the trapped Eusoffians first discovered this video log thought to be recorded by them. It has a strange style of recording similar to the one found in Avatar, perhaps the guy in the purple shirt is one Avatar fan, but that question could never be answered until then investigators find the survivors.
As the investigators continued their search for survivors after uncovering the video, they also managed to locate several photographs taken by the group and also the names of the missing Eusoffians. The photographs managed to shed light on the lives of the trapped Eusoffians and the investigators hope to locate the survivors using clues in the photographs.
Early photographs tend to indicate that some of the trapped Eusoffians were showing some signs of depression: 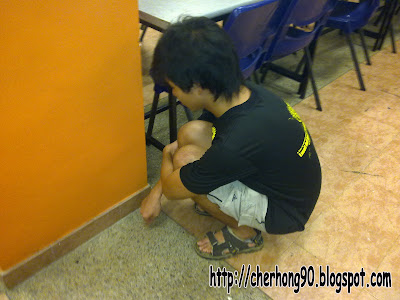 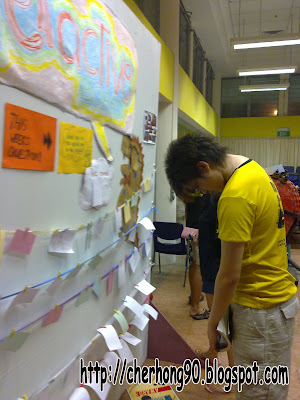 As time passed, the investigators found out that the symptoms got worse among the survivors, causing strange behaviors to appear: 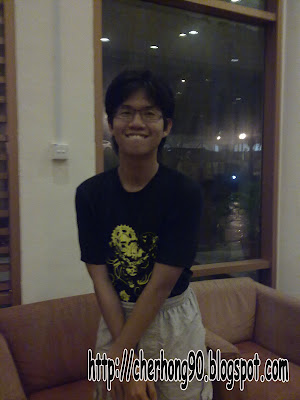 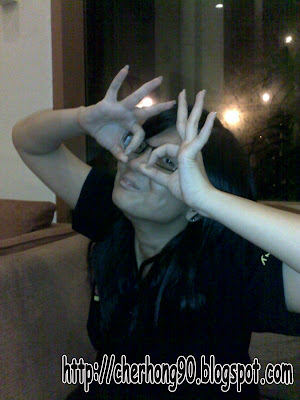 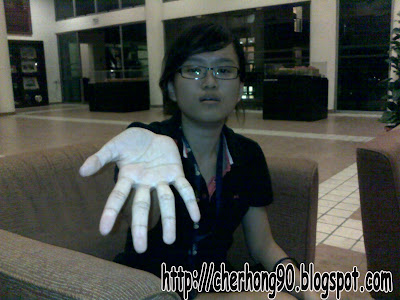 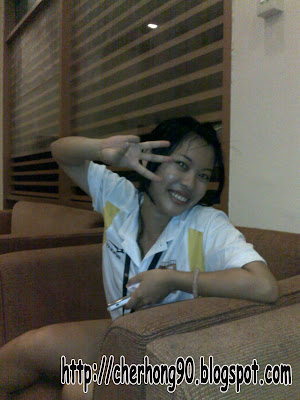 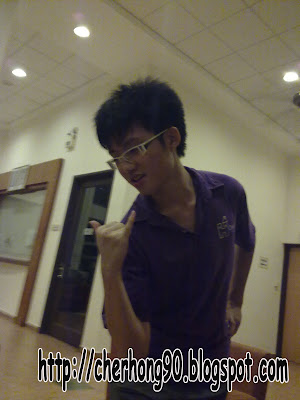 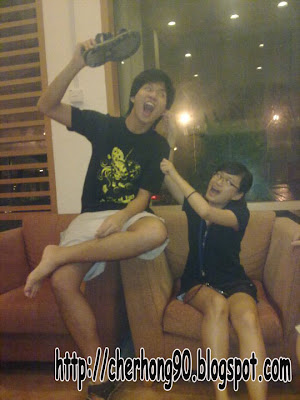 Judging from the emergence of the strange behaviors, the investigators almost gave up hope on finding the Eusoffians alive. The chances of survival after being trapped in the wilderness of another Hall with strange and maladaptive behaviors is close to none. However, just as the they were about to give up, another sign of hope was found among the photographs.

It seems that there was a new leader who stepped up among the Eusoffians. A leader that may hold the key to survival (okay i know there's a bit of perasan-ness here, but hey, everyone knows that Lukey is perasan XD). 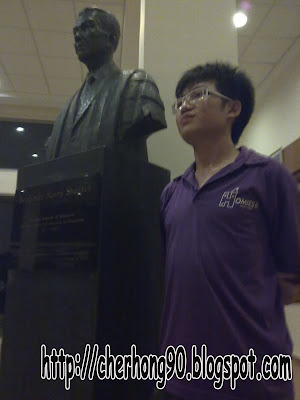 First, he led the people to find a safe shelter in the the Orange-y Sheares Hall. 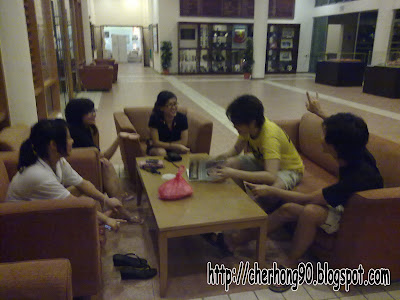 Symptoms began to improve when all of them were in the shelter. According to archeological items found at the shelter site, the Eusoffians managed to adapt very well. They played games like Mafia and talked a lot of cock to pass the time while waiting for the storm to stop. Laughters were shared and the bond between the group grew stronger.

When the storm finally subsided, investigators found out that the Eusoffians did make it out from there alive. What is strange however, is that they did not take the normal route back to their home, Eusoff Hall. As investigators picked up the trail, they found out that the Eusoffians instead chose a different route, a longer one instead, to avoid the drizzle, which is through the Business Faculty.

As the investigators followed the Eusoffians trail, other funny photos began to surface. 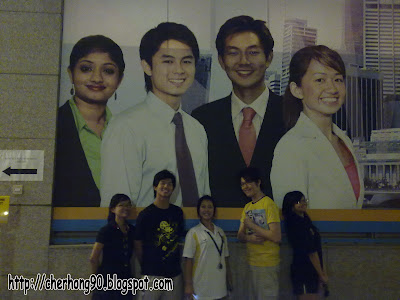 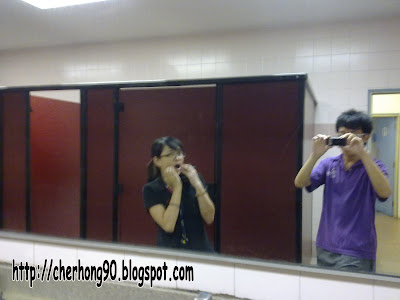 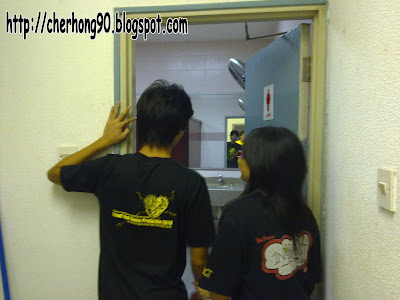 Vivian: Are you sure you don't want to go to the toilet with me? 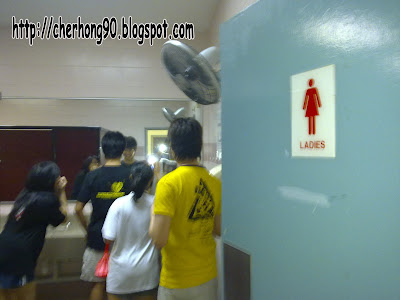 Group gathering in the ladies toilet. Sounds and looks wrong in so many ways

The trail died cold after the toilet. Investigators could not find any more proof to indicate the Eusoffians whereabouts. For now, they could only speculate so much. Maybe the Eusoffians made it safely back to Eusoff Hall. Maybe they are still wondering the Business Faculty to this day, roaming the corridors and toilets. Maybe they went back to Sheares Hall because of the delicious supper. Maybe one of them is leaving clues of their last moments in a blog.
Who knows?

Investigators did, however, uncover one final photo of the Eusoffians 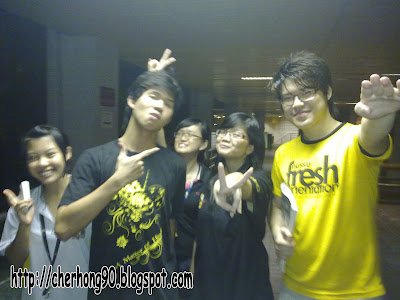 It seems like no matter where they are now, they're still one happy bunch of friends.
P/s: Sorry for all the blurry photos! My phone sucks! And thanks to Huang Hua, Teh Jason, Vivian Wong, Shu Hui and Kok Weng for accompanying me to supper! Really did not expect the rain to fall. This post is for you guys!
Labels: Life Updates Pictures Talk Cock Videos