It started with Counter Strike...

I had the chance to play Counter-Strike (CS) again with my friends today.
(For the benefit of the people, CS happened to be a very popular computer game last time) 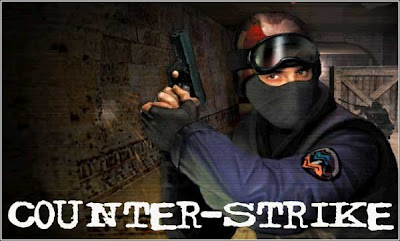 Kinda brought me back to the old times, when i was young, who was eager to fit into my circle of friends and computer gaming was part of the "must-know" in order to be cool and accepted. I still remember that i was an eleven year old kid that time, thinking that i was going to only go my friend's house to celebrate his birthday. Ended up in a cyber cafe (or lan shop, as how Singaporeans call it) playing my first ever computer game, Counter Strike.

After then, there was no looking back.

I started to visit my neighborhood's cyber cafe and mixed with the people there (much to my mother's dismay, which resulted in countless beatings). More games such as Ragnarok, DOTA and Perfect World followed and since then i can be considered as a computer gamer.

But yeah, CS was the first game i played that led me into the world of computer games.

Like my mum, you can argue that computer gaming has no whatsoever benefits at all and i would be better off doing more valuable activities such as fishing or swimming at a river. Those were the activities that the boys from her time does anyway. Provided you can find a place to fish other than the market or a river clean enough for you to swim.

Though i do understand that computer gaming does has its BAD like getting you addicted, like me, without it, at least for boys, life would be so much lonelier. Heck i don't even know if i'll be still alive now if it was not for computer games. The only reason why friends mix with me is because they enjoy killing me, in the computer games, of course, whenever we hang out in the cyber cafe together. But yeah, at least after that we had some fun time together, joke around and became friends.

Way better than swimming alone in a dirty river.