Edit: I realized that many people (you too, most probably) are dropping by this post in my blog because they searched for terms like "firsty 15 and sex 300", "She's 15 and had sex with over 300 times" or "15 years old and sex 300 times with 15 different men". I wish to clarify first that the post here do not contain any 18sx photos or videos (aside from the interview she had on Youtube), so please do not be disappointed.
Can you imagine it? This is my official 301st entry in this blog! A cake might be good as a celebration for my 301st blog entry. Though i may still lose out to famous blogs out there who gets tons of visitors despite having only a few dozen entries, well, at least this blog is still alive and kicking! Cheers to Lukey's Rantings! 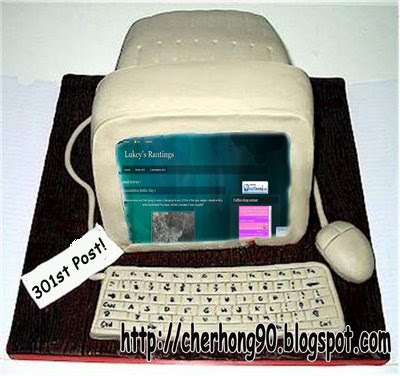 A cake for a blog celebration, what else better can i get?

Ok maybe the paragraph up there does not need quite the imagination. How about letting your imagination fly somewhere else? Imagine this: one day, a fifteen year old girl walks up to you. She's pretty and she's hot and guess what? She wants to have sex with you! Not because you're handsome, it's just that she wants a baby, that's all. And the only way to get one is well, through sex. Unbelievable? Check out the video.

I found this video while i was blog surfing yesterday at http://jocelyn-s.blogspot.com/ and this video really captured my attention. Not because of the hot looking Victoria to clarify, though i must admit she's quite hot, but i'm sure many of us would be shocked of what is portrayed in the video. 300 times at age of 15? That must be some kind of record i must say. Me at the age of 20 have even barely touch the 1 time mark yet.

Some of us might wonder what on Earth is she thinking inside, thinking she's one ungrateful child and blaming her for doing all these kind of horrible stuff. Some of us might blame the mother for failing in her duties as a parent. Some might blame the media for portraying the belief that premarital sex is good and okay. Or maybe blaming the guys that she slept with for being unable to control themselves and exploiting her. Or blame her peers for all the bad influence.

But seriously, who's really to blame? What actually went wrong?

To be honest, i have no idea. There may be a lot of factors that eventually resulted in her situation but there's really no one major source whom we can heap the cause on. If we are seriously looking for someone to blame for what is happening, maybe we should take a look at ourselves first for failing as a society. I mean seriously, for guys especially, if a gorgeous girl were to come up to you naked and request for sex, can you say no amid all the raging testosterone? And by participating in premarital sex yourself, you are indirectly supporting the notion that premarital sex is okay. 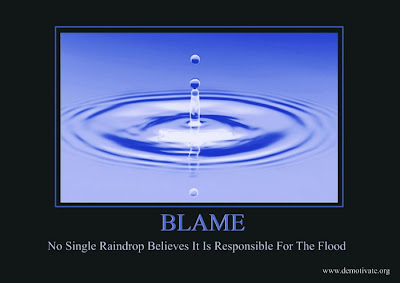 Let the one who did no wrong before cast the first stone, yeah?
Of course, if you realized, the above video is not complete and is only part of a whole episode. One more thing is that the video is more than 6 years old. Which means the 15 year old gal must be 20 plus by now. So where is she then now? Is there an ending to the story?

Of course, to not disappoint you guys, i went for some CSI detective work on the internet using a very powerful tool that every detective must know, Google.com! 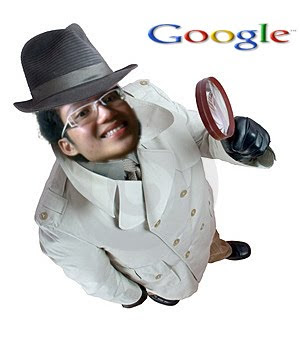 After much investigating and snooping around, finally, an answer!
From http://www.mauryshow.com/story/did-this-wild-teen-change-her.php :

"Although she stopped intentionally trying to have a baby, Vicky did get pregnant.  At seventeen years old, Vicky gave birth to a baby boy.  However, she has completely changed her ways.  Rather than stealing for her child, she has two jobs to support him.  She is also going to school.  We wish her the best of luck!"

True or not, it's up to you to believe.
Guess as long as you don't stop trying, you'll eventually get your wish right?

Edit: Some sources have indicated that the story might be false and it was merely fabricated to increase ratings of The Maury Show. This is because it is statistically almost impossible to not get pregnant after 300 times with sex. Unless her ovum has walls made of steel. Victoria, the girl featured in the video, however, is a true person. She even has a MySpace page! It was set to private, though. So true or not? I'll leave it to your discretion
Labels: Life Life's Philosophies Rantings Talk Cock