We are Earth's Last, Best, and Only Line of Defense. And We Dress In Black! 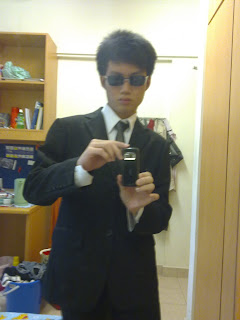 Yeap, that's right, I am the MIB (Men In Black)!
It would be great if i was really dressing up to go catch aliens, which means leaving university (stress filled assignment life plus no sleep) and doing some worthwhile jobs like saving the Earth. Not to mention having the chance to meet sexy female aliens. That would be nice.
Sadly, i'm just dressing up for my hall's (or hostel?) Eusoff Dinner and Dance 09/10 event at Amara Hotel.
It's kinda like a event to end one academic year and there is this cosplay involved if you are attending. Since i want to cosplay with the least cost possible, MIB is a very good idea as most of the costume are easily available. I can even find them in my cupboard!
Of course, when it comes to cosplay, there are bound to be some highlights.
To be honest, we Eusoffians can cosplay quite well to if we were to compare with people from Japan and Korea. 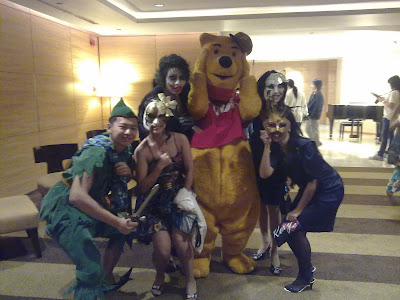 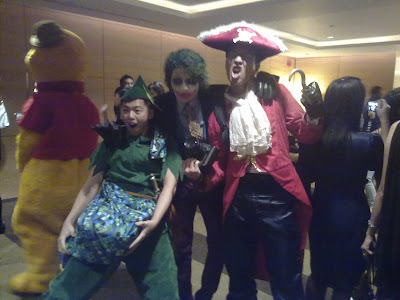 We can cosplay so well til we have people coming like this: 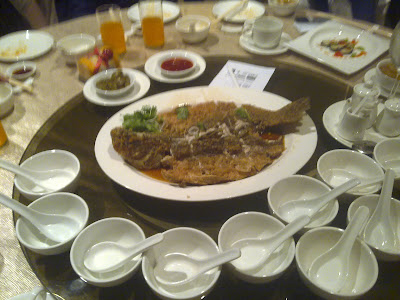 Apparently the chef mistakenly took him as a real fish and well, you know the rest of the story.
I wished i had the ability to take more photos of the people cosplaying but well, sadly my camera sucks under poor lighting conditions, evident from the above photos. Anyway, there are dozens of different cameras that is better than mine so yeah, i'll just have to wait and coop from Facebook.
Duty calls too. As i wanted to save 30 bucks of entrance fee, i happily volunteered to cover the event under Eusoffworks Video Wing. Meaning that i am allocated a best friend whom i must take care the entire event.
His name is Sony HVR Camera. 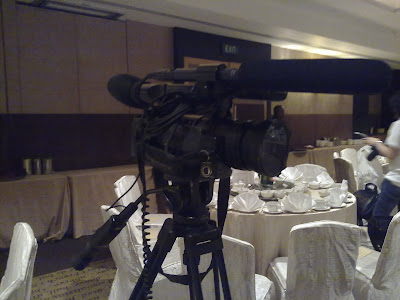 Yeah, so i have basically no hands the entire night holding him.
The other thing that i noticed about the place there is the workers. Apparently wearing black got us much looking like the people who work there.
This is them. 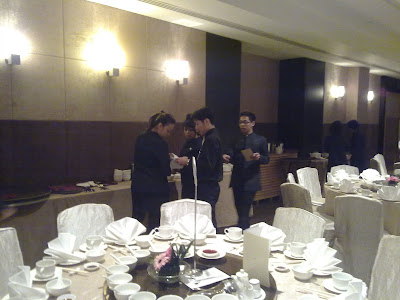 And this is Kok Weng, my fellow MIB in arms. 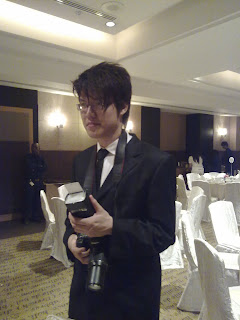 Here's a better comparison. Just compare Kok Weng and the people behind him. 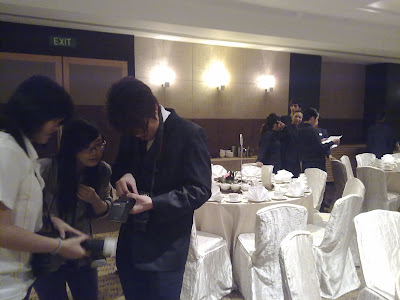 The next time i'm cosplaying, at least i will study the workplace dress code of the place we're going first at least. Crashing costumes with people working there is not a really good thing. Well, at least the tie makes us look like their supervisor.
Oh, and we have GUNS... *winks* 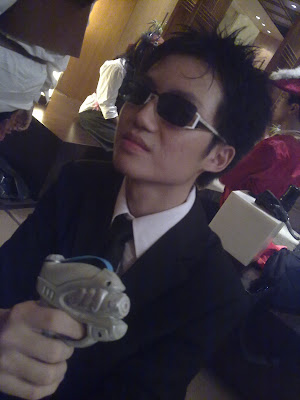 I had a good time.
Looking forward to go to the next DnD, depending on chance.
And no more black next time.
LOL
Labels: Life Updates Pictures Special Occasion