I felt like Harry Potter the other day.
Well, not exactly because some crazed magician in his bid to take over the world killed my father and mother but failed to kill me because of the power of love then i ended with a scar on my forehead which made me looked ridiculous and later i ended up in some kind of magic school worrying about my grades bla bla bla. You get the idea.
It's just that the friends count that accompanied me to dinner that night is exactly same as the friend count Harry Potter usually has. Which is one guy (Ron) and a girl (Hermione). In my case, Ron happened to be Kok Weng and Gwen took over Hermione's place. Me of course, must be the main character since this is my blog =) 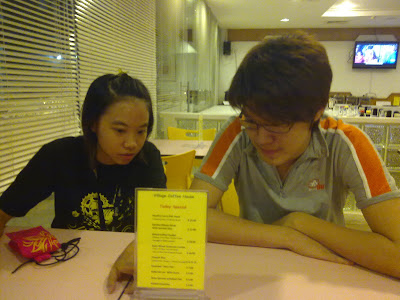 There's Hermione and Ron for you.
The reason how we ended up with three person dinner outing is still unknown to me, maybe Voldermort decided to secretly kidnap them to blackmail me, i don't know. Putting the "Save the Magical World" business aside, we decided that having a full stomach was more important than saving the world.
Since there was just the three of us, we decided going far for dinner is not worth the hassle and settled for some place nearer. Following recommendations from my hair stylist, Mr Gary Yong from Western Salon who always cut my hair a little tad too short, we decided to try something new at the nearby Pasir Panjang Inn. 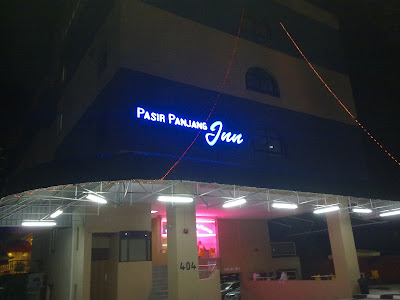 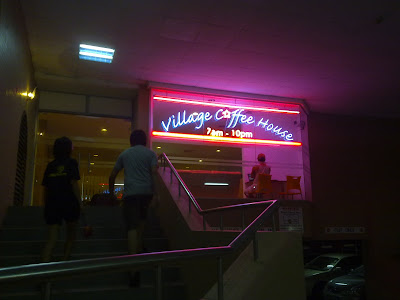 The place was nice, just like any coffee house. Just that the menu had quite limited choices, it's only a one page menu, but the price range for ok for cash-strapped students like us. Mind you, we three have to constantly fork out money to repay Hogwarts for all the damage we do in each Harry Potter Series book.
The three of us decided to eat the same thing after spending lots of time looking at the menu. We can be so indecisive sometimes. Even a one page menu managed to give us a lot of trouble. In the end, we ordered a Claypot Chicken Rice and a Sambal Kangkung. 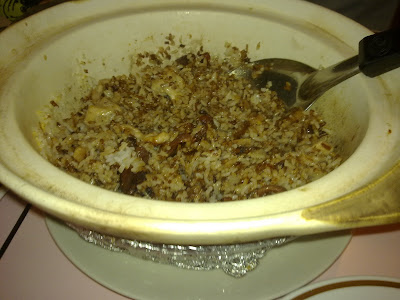 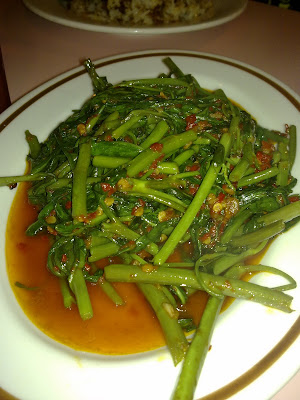 I must say that the food there was surprisingly quite nice given my general perception of Singaporean food. A word of warning though, Sambal Kangkung and Claypot Chicken Rice can be a deadly combination. Without the right amount of water to counteract all the HEAT, you could most probably end up with a fever the next day which sadly happened in my case.

So Mr Harry Potter had to postpone his fight with Voldemort due to fever. That is, only after showing a MC from a government approved doctor because Voldermort wouldn't want to believe me at first.
Of course, something good must at least have resulted from the Harry Dinner Outing. Just like in the books, Ron eventually managed to confess to Hermione and they ended up happily ever after together. 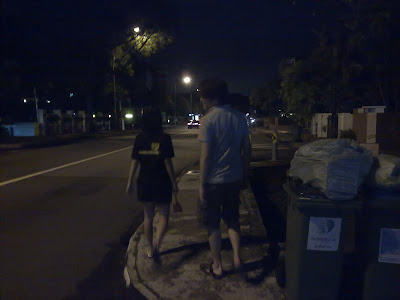 Just joking. Gwen's boyfriend or Kok Weng's future boyfriend / girlfriend might kill me for that. Actually Kok Weng already has a boyfriend. Guess who? 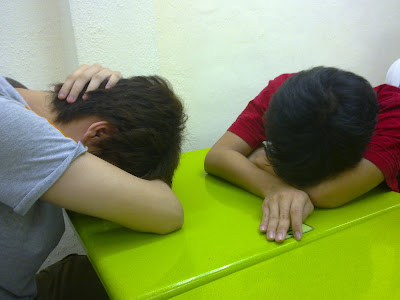 Caught "sleeping together" in a mamak stall.
The red shirt guy is definitely not me because 1. I only wear pink, not red and 2. I'm holding the camera so i couldn't be in the picture since i'm photographing.
So the identity of the guy i'll leave it up to imagination.