Are you bored of Facebook? Or are you bored for no apparent reason?  You have your Facebook page turned on but there's nothing much to do. Your Mafia has just won their 1000th fight, you have just caught your 10000th mouse and your vegetables need another 100 hours to be harvested.  Well, you can comment on your friend's status update, or their photos, but you're afraid of saying the wrong thing and their boyfriend/girlfriend comes scolding after you. There's the like button though, but it is now scared of you and went into hiding because you have clicked it too much for the past few days as a sign you're still on Facebook.
As your profile page stares blindly back at you, a sudden flash of inspiration. You are going to do what no other has done before. In fact, you have no idea what consequences of your action might be.
"What's on your mind?", the question asked.
And you answered.

A few hours after the update, responses began pouring in. Well, you thought to yourself, maybe your friends do take note about your status update after all. Although not all might be good comments. 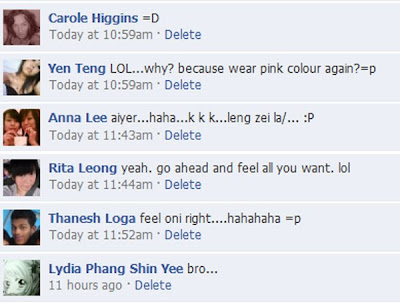 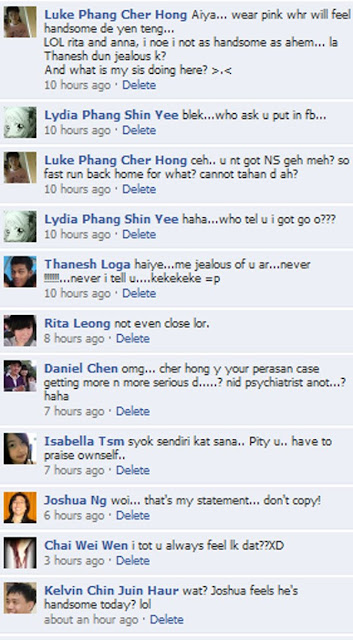 This time, you felt that you've let everything out. But in Facebook, controversial status updates such as being gay are sure to attract a good deal of attention. 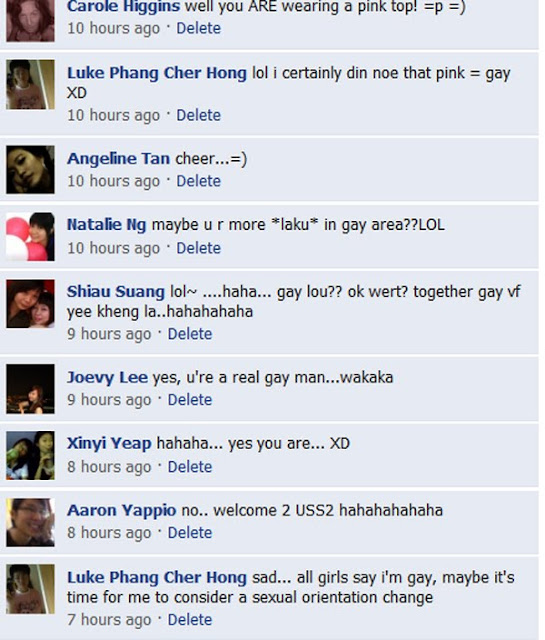 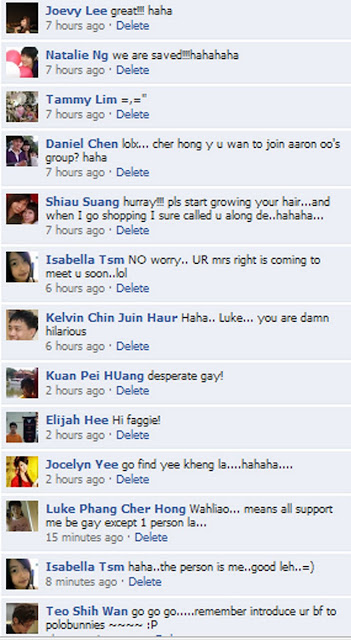 You looked at the flood of responses as you try to come to a conclusion of what all your friends said. There's two of them that you managed to think of.
One: The little tadpole who was once half of you had some serious issues with alphabets, especially when it came to the letter X and Y. There's only one stroke of difference between them after all, which may be the result of your current state of sexual orientation confusion. But a alphabet confusion should only affect you, and yet all your friends (girls especially, sadly) thinks that you're mixed up too. You refuse to believe the comments, but you also cannot bring yourself to deny the wisdom of the crowd. Which brings you to the second conclusion....
Two: Drastic measures need to be taken under such circumstances. You could choose to jump from a building, but rejected the idea because the result could be quite un-handsome-ly. Or you could just go with the crowd and become what they believe that you are... a gay...
Or, you could just stop wearing too much pink or posting stupid Facebook status update whenever you have the urge of doing something stupid.

P/s: Extreme boredom calls for extreme means to stop it. I sincerely have no idea why i choose to make a blog post out of this, but i would also not let the flow of creative comments in my profile go to waste. Hope you all with your name up there don't mind me posting this on my blog  =P