After finally finishing, or at least half of it, one of my tons of assignments, i decided to chill a while and watched some TVB drama since i'm already half asleep in those heaps of words.
I have stopped TVB drama for some time now since breaking up with my old girlfriend, the TV and starting a new relationship with my new partner, the laptop. Besides, i realized that almost all TVB dramas share almost the same storyline. After a few years of watching, you can practically guess how a particular drama will end. Even if the drama have a nice storyline, the long episodes is somewhat a killer. Anything beyond 20 episodes is considered long for me. Because they'll delve in the same conflict again and again just to keep the audience. Obviously they don't have people like me in mind as audience.
I accidentally stumbled on this mini drama when i was back in Ipoh slacking for a week. Surprisingly, this drama is not like any ordinary drama. It only has 6 episodes with each of the episodes a short 20 minutes long with exception to the first and last episode. Which means i don't have to waste an entire hour glued in front of the TV.
The drama is called Don Juan De Mercado in English or 情人眼裏高一D in Cantonese.

My friend said that this drama is made especially for the CNY + Valentines period.
In the series, our hero is normal vegetable seller who since young has been ridiculed, discriminated and laughed at because of his looks. Although he has an angelic singing voice, in this harsh world where we all live in, we cannot deny that looks indeed is valued more than anything. Try as he might, people still judge him by how he look. In the midst of his unhappiness he found a magical chocolate that will transform him into a handsome looking person for 24 hours. With a new look, he was able to attain fame, wealth and a celebrity girlfriend in the process. He could finally do what he have always wanted to do, which is singing on top of a stage which he cannot have done so previously because of his looks. However, like all chocolates, it soon ran out. When he was running out of idea of what to do, the person who invented the chocolate appeared in front of him and gave him 2 choices: either Eat another chocolate that will make him remain handsome forever, or Return to who he really was originally.
Of course, for the ending, you have to see it for yourself. The story is also interlaced with a love story in it. Our hero found himself stuck between a pretty celebrity that loves him for who she wants him to be, the handsome him, and a not so pretty one that loves him for who he is.
I must say this is a real good drama series. It has both comedy and romance in it. Plus you do not have to devote a lot of time to chase all the episodes.
Besides, it also has a hot actress called Christine Kuo! 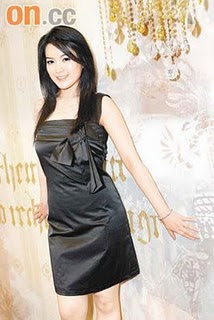