I have a dilemma.  Or should i say a sickness, or a disease, or an illness.  Or whatever you call it.  You see, i have a tendency to "over-update" my blog.  At least 1 post per day.  If i do not update my blog for more than 1 day, my palms will start to sweat, i will have insomnia, my appetite will start to go haywire and worse, i will have diarrhea until i update my blog.
In fact, i think this is a new disease caused by the rumored Blogger  virus!  And hey, i'm the "founder", ops i mean "discoverer" of this new disease!
And of course, being the "founder" of this new disease, i shall have the privilege to name this disease as the
"Excessive Blogging Syndrome".  Or maybe i should include my name in it to sound cooler since most famous diseases are named after the people who discovered them.  Diseases like Alzheimer who was discovered by Alois Alzheimer or even the Kawasaki disease who was discovered by Dr Tomisaku Kawasaki.
And i thought Kawasaki are motorcycles which looked like 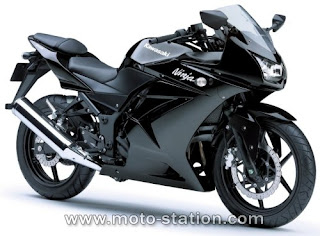 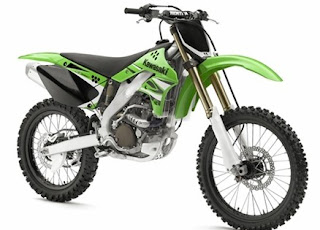 Sure did not know that Kawasaki motorcycles causes diseases.  Looks like you have to think twice before buying a Kawasaki next time or risk contracting the Kawasaki disease due too much Kawasaki riding.
As for me, i will name my disease as the "Cutie Lukey Syndrome" and group it as one of the internet addiction diseases and under the list of other eponymous diseases.  Next, i must publish a medical journal detailing my discovery and who knows, maybe i will get a Nobel Prize in Medicine or Psychology or Internet-logy or Handsome-nology for my efforts in discovering this disease. Bwahahaha.... 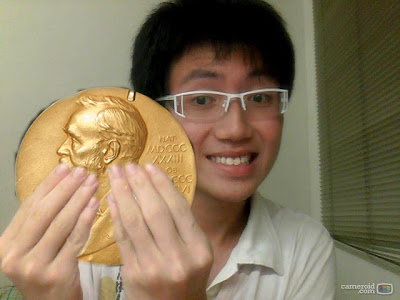 Me with my Nobel Prize!
P/s: Oh and just in case, Kawasaki Disease is a autoimmune disease that has nothing to do with riding too much Kawasaki motorcycles, in case Kawasaki Motors Corp decides to sue me, and there's no such thing like Psychology or Internet-logy or Handsome-nology categories in the Nobel Prizes, so don't bother
Labels: Life Updates Random Talk Cock