Normal people go to relatives house, the grandparents especially, but for me, it is my culture to visit my church for Chinese New Year service every year. Strange, right? 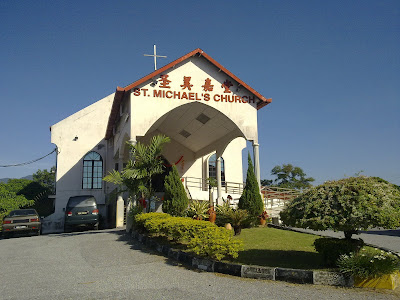 St Michael's and All Angels Church, Kampung Tawas, Tasek, Ipoh, Kinta Valley, Perak, Malaysia, Southeast Asia... 19 out of 20 years of my life were spent here. My second home, i guess. 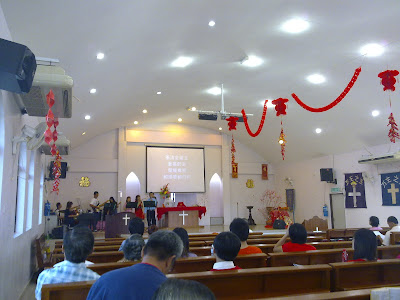 Even the inside of the church have Chinese New Year decorations. Who said that a Chinese Christian must forget about your Chinese roots? This is what you call localization mah...
During Chinese New Year, i'm sure all of the people who celebrates Chinese New Year will get a new set of clothes. It's sort of compulsory. With the dawn of technology, namely the camera and social networking sites, this can only mean one thing...
Cam-whore time!!
I'm not really good at cam-whoring, and  along with my other buddies who don't cam-whore so much, well, it's not a really good thing. 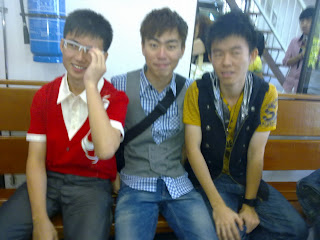 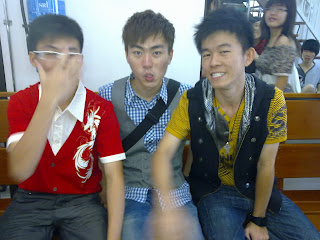 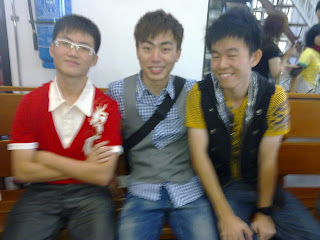 Attempt 3: Fail too because photographer says we look like dunno what... 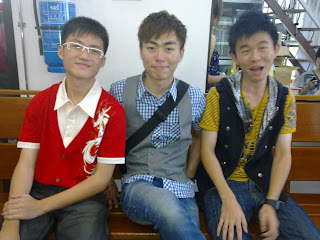 Attempt 4: The photographer gave up already. She say the both of us (who were sitting by the side) really no hope. Sad. I didn't know that you need a degree to cam-whore
Eventually after reading Cam-Whore for Dummies which one of my friend happily borrowed me after seeing our desperate attempts, i did manage to get some good shots. 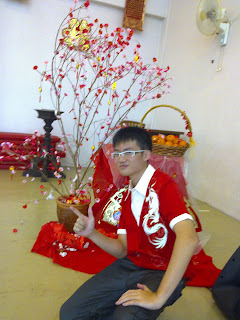 Ok lah, though face did not make it but at least the shirt did... 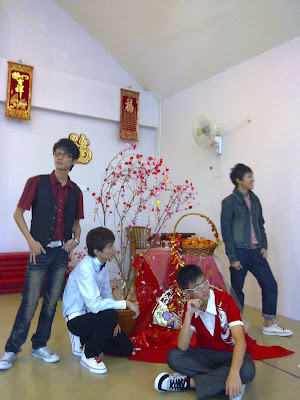 Took a MTV photo as a custom. The IDLJ band (Ivan Goh, David Wong, Luke Phang, Jimmy Ng). The LJ have nothing to do with Lan Jiao btw...
Did not forget to take some pictures with our church's pretty ladies. 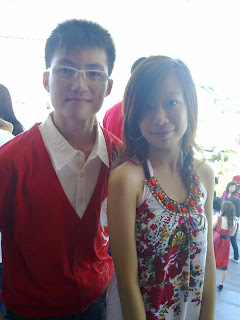 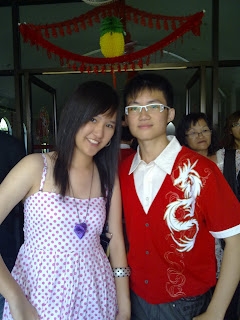 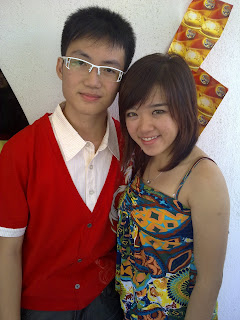 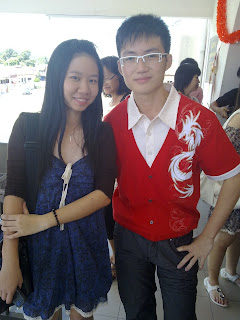 Went back my grandfather's house for lunch after the church service. 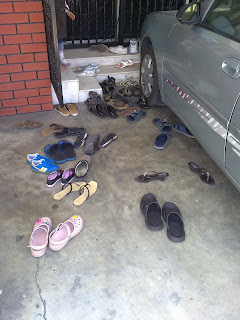 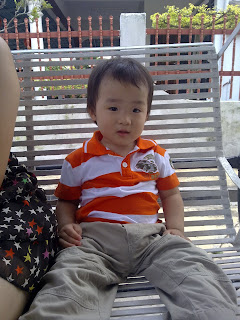 My cousin's son. Mix of Chinese + Japanese. Future handsome guy oh
When the lunch and relative chit chat is finished, we called all of our friends to prepare for the next important job. Which happens to be angpau hunting! So a few dozen of us packed into a few cars and headed out. 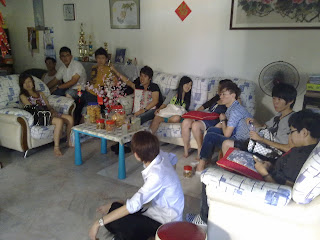 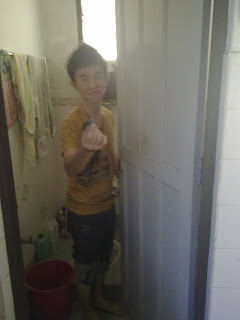 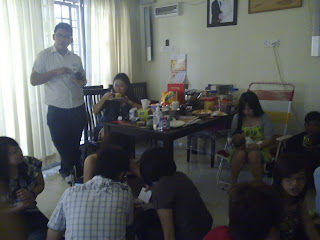 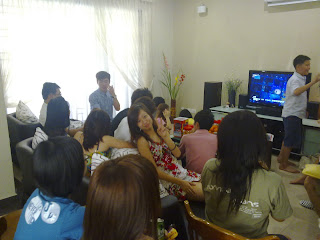 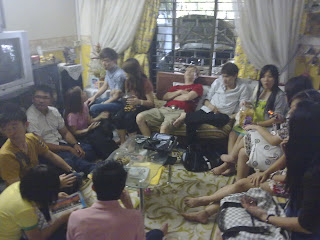 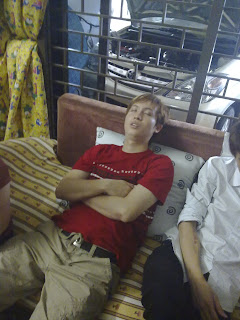 Looks like someone is tired after all the angpau hunting 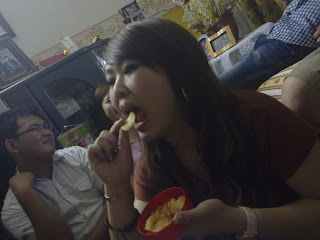 But someone is still hungry after so many houses visited 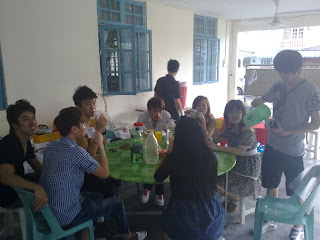 Last house visited before we all had to go back for dinner. Special til we need to sit outside. Haha
That concludes my first day of CNY! At least the part with sun. Still have tons of assignments to do but i doubt i will have the time considering the fact that i'm now out 24/7. Geng ah.
Labels: Life Updates Special Occasion