What's a Chinese New Year without a good ol' Hong Kong TVB drama?
Due to the fact that CNY usually = no tickets + long queues, i decided to do a little high tech thing this year, which is online booking!
It was surprisingly easy considering that we're booking tickets for a cinema in Malaysia online, where almost nothing works online because we all know how fast Malaysia's internet speed can be. And even if you have a good internet speed, you have to deal with the even slower people operating the internet. But i must commend TGV on the efficiency of their online booking system. Maybe all is not lost for Malaysia's online world. All i had to do is to register the account, activate the account, grab my dad's credit card (with his permission, of course), choose my seats and voila, it's all done. I just have to pay only an extra RM 1 as booking fees, which is cheap as i do not have to waste my time and petrol money to go out there and buy the tickets. Not bad! Next time i'm gonna use the same way again when watching movie in Ipoh. It's quite a shame that their mobile phone billing system don't work though.
A lot of my friends recommended this movie, 72 Tenants of Prosperity, saying it was really funny and worth watching. Even my mum, who rarely supports the idea of watching movie in cinema, wants us to all go and watch this movie. Since she's paying for me, i decided to tag along and see if a movie with 170+ Hong Kong famous actors/actresses is really that good. 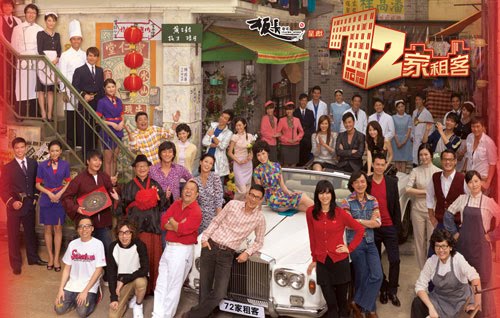 At almost 2 hours, i can say that the movie is quite nice overall. Being a typical CNY movie, you can expect many laughs and jokes from it. The only sad thing is with so many stars inside a movie, you cannot really focus because there's so many people you have to focus on. There are even some stars that i saw in the poster but not in the movie because their appearance time is too short for me to notice them. The movie also seems to move at a strangely fast pace, which keeps throwing jokes after jokes at you without really allowing time to breath and savor the movie.
Some jokes and gags also requires you to be familiar with the normal TVB drama series too. One example would be the cameo appearance of "Laughing Gor". 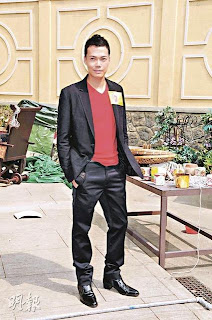 If you're not up with the current TVB drama series, you would be in the dark of why he is called "Laughing Gor" and why from a gangster he could become an undercover police in the 72 Tenants movie. Must thank my sister for making me sit through all those hours of TVB Astro On Demand. At least i still can get some jokes. But being the banana i am, there are a lot that i missed out too.
Technical matters aside, it's still a movie worth watching. A movie with a storyline about two best friends who falls in love with a same girl and end up being rivals after tossing a coin to decides who marries the girl, who both opens a mobile phone shop opposite of each other to show who's the best, who both have their children falling for each other despite the parent's rivalry is a sure recipe of success. Add in a little conflict in which an outside element threatens both their shops, and you'll get a good movie. The laughter, jokes and gags are so abundant in the movie you'll be laughing non-stop during the whole 2 hours of the movie. Besides, where else will you find so many TVB stars together in 1 movie?
So if you're a person who likes Hong Kong comedy movie or TVB dramas, this is the movie for you.
Labels: Life Updates Movies