Horror movies are scary.  I don't mean those kind of horror movies with a long haired girl in a white dress chasing you around.  Those movies are actually quite nice, i think.  Because i seldom get a girl chasing me around.  In fact, i have none! It it me who have to do all the chasing around here when it comes to girls.  A pretty girl with long hair going after you may not be such a bad thing after all.
What i'm talking about are horror movies that talk about real life.  One particular one would be the movie "Just Follow Law" starring Gurmit Singh aka the famous contractor in Singapore, JB and some say Batam and Fann Wong.  The movie is directed by the famous Singapore director, Mr Jack Neo who brought us movies like "I'm Not Stupid" and "Ah Long Pvt Ltd". 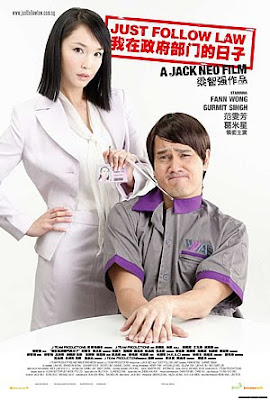 The movie shows us the reality about working in the corporate sector, especially about office work.  Among the horrors that i found about corporate sector in the movie involves the mundane lifestyle, the overly troublesome bureaucracy, repetitive meetings and the constant office politics.  When the office is not a war zone, it's something like a torture chamber which is designed to torture you through routine.
I never liked office work to start with.  I have always pictured office cubicles to be something like this: 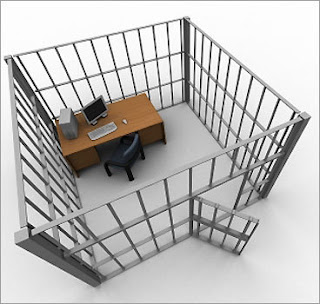 But if i do not work in an office, what can i work as?  Maybe it's time to start planning.  Googling "non-office jobs" returned me with some queer results. Well, like they say, the first step to anything is to visualize yourself in that position.  Among the 5 non office jobs on the list.
JOB 1 : ACTOR 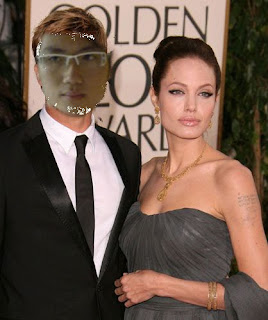 Brad Pitt seems to be a very good example.  Aside from being married to the sexiest person on Earth, he have to live up with all the kind of kids she adopted.  Erm, maybe that is not a very good idea.  I'll pass.
JOB 2: PILOT 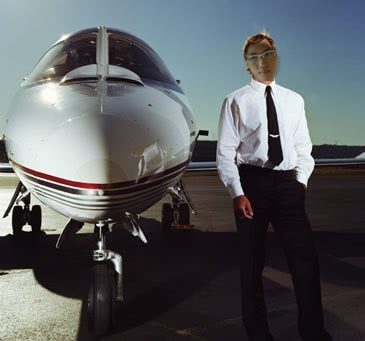 I have extreme fear of heights.  Flying an airplane which means going higher than ever which is pure horrifying.  Pass!
JOB 3: HENCHMAN (Gangster) 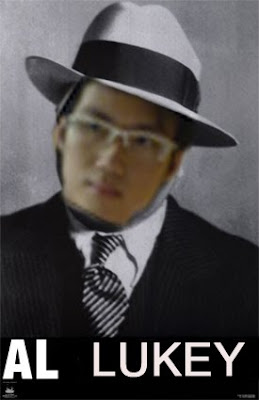 Pass, because my mother would never approve of it.  Besides, there's also a high possibility that my dad will kill me first before i have the chance to hit the streets.
JOB 4: BLOGGER
If i were to depend on blogging for revenue, i would starve to death.  Because after so many years of running this blog, the revenue that i have generated through ads is only two puny dollars.  Pass!
JOB 5: BRICKLAYER 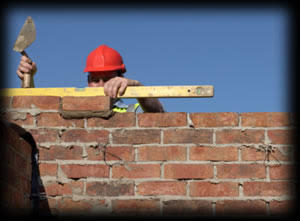 Too much sun, pass.  Parents would kill me again, pass x 2.  Salary wise, erm, pass too.
Looks like non-office work have nothing much to offer too.  Sigh, why is finding a decent work where you'll enjoy is so hard?  Well, after thinking about it for a couple of hours, i have decided to pack my bags, leave this place and return to my old job. 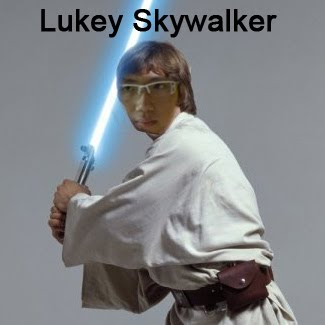 Which is being a Jedi! Time to hop on to my X-Wing and head on home!
Labels: Life Work