For the first part of this trilogy, please click here

For the second part of this trilogy, please click here

"And so, the valiant hero, whom is known across the land as Aldous Adrian de Castro, fought on and on to secure what he believes is rightfully his.  The right to control his wife's access to friends.  Summoning all his might, he delivered his final blow in hope to defeat the antagonist. And so he used the Ultimate Hollow Attack, which tries to confuse the victims mind through the use of bombastic language which contains no meaning, on the antagonist..." 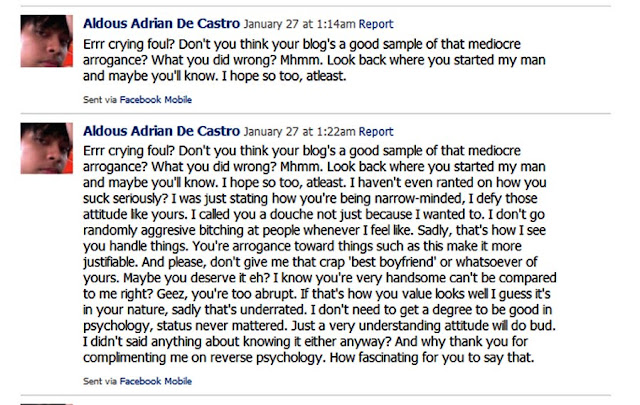 "And at last, after long hours of battle, our hero thought he'd finally won.  His ultimate attack worked, or so he thought, as he watched the still figure of the antagonist.  The antagonist did not return his attack and remained still as a tree.  He felt proud that his mighty enemy has finally fallen under his feet.

He could have chosen to leave if he had wanted too.  But intoxicated with feelings of self glory, he made a costly mistake.  He launched yet another attack towards the the supposedly defeated antagonist..." 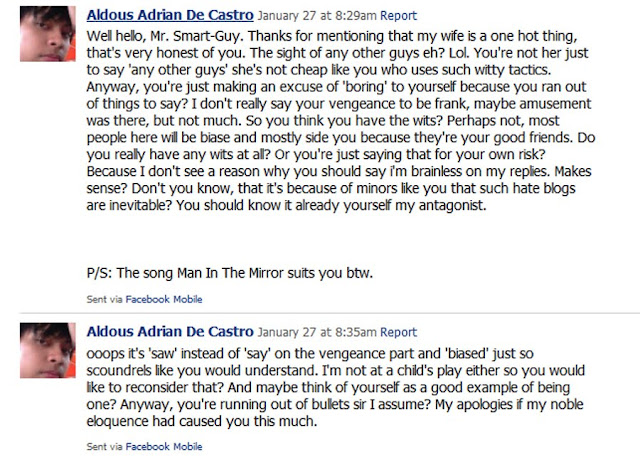 "Imagine his horror when the supposedly defeated antagonist stood up after he decided to attack again.  In a blink of the eye, the antagonist lunged forward and unleashed his fury after being almost bored to death by the hero.  It seems like he was not defeated after all in the first place.  He had just fallen asleep in the midst of the Boredom Attack..." 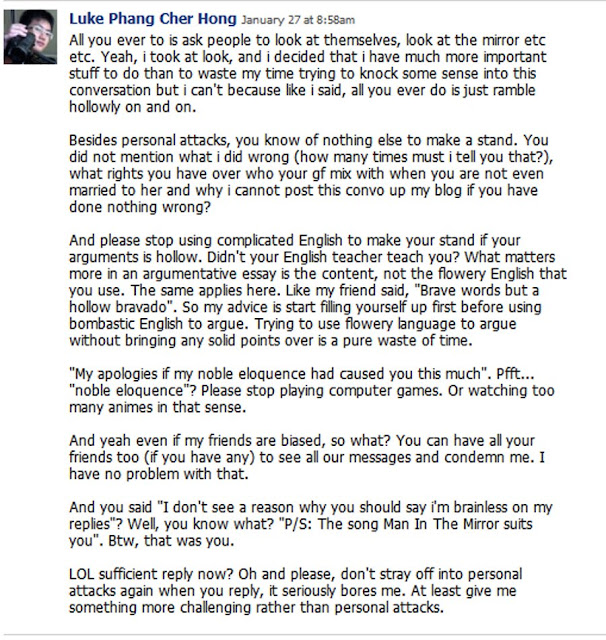 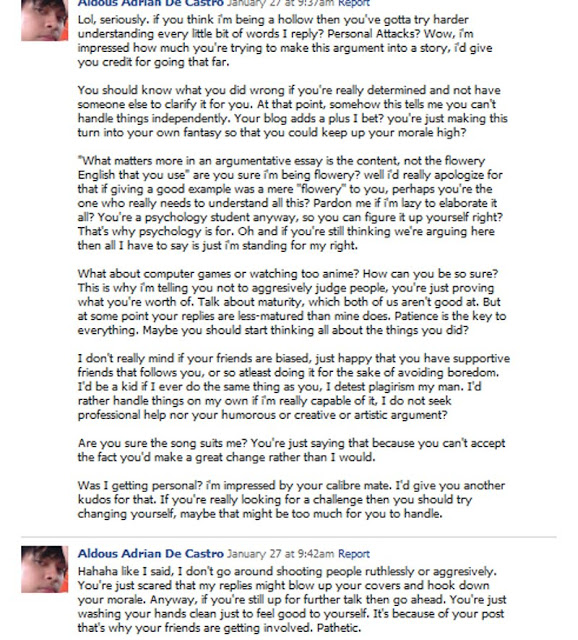 "But the antagonist was prepared for what is coming..." 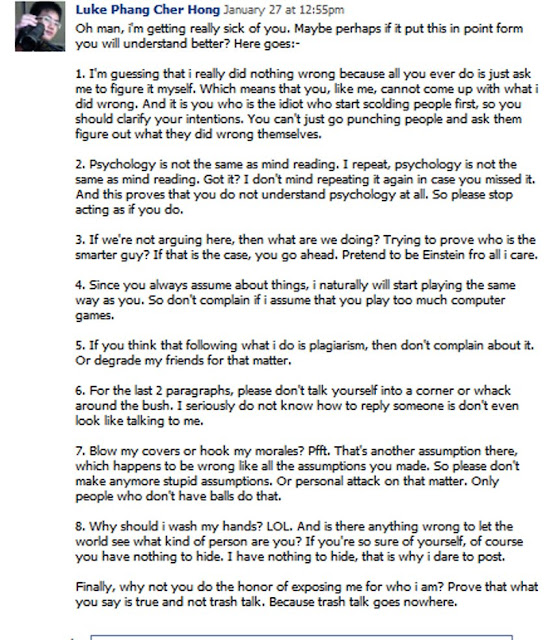 "Our hero decided that enough was enough.  There's a limit of which a person can take so he looked to his right, to his left and took off as fast as his legs can carry him.  But not without leaving some remarks to at least save some of his dignity..."

"And like any other story, our hero must return to the embrace of his lover.  Did they lived happily ever after as all love stories end?  Did his girlfriend admire him for his courage to stand up and fight against the evil antagonist?"

"As Mr Aldous Adrian de Castro came to learn, not everything can be solved through excessive display of testosterone, especially when it comes to the matter of love.  The end."