"And so, the husband fought on and on with the antagonist, knowing that he could win, that he has truth on his side. However, the more he fought, the more he realized that the antagonist is not as weak as he thinks. And so, he decided to use his real powers, and unleashed his true face..." 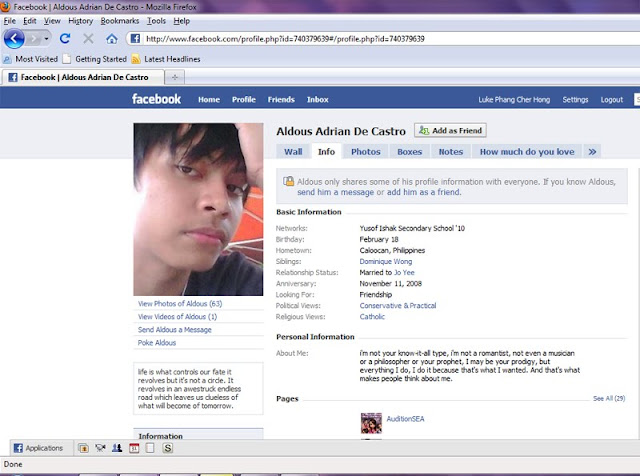 "He thought by revealing his true face, he could intimidate the antagonist to leave and issue an apology for having the courage to accept the maiden's request for a friendship.  He even went as far as to struck where the antagonist would feel the most pain, by attacking the antagonist's personal space, his blog.


How wrong he was.  Besides failing to achieve what he had in mind, the antagonist fought back with more vengeance and amusement as he have never seen such a foe before who only knows how to ramble without using any brains" 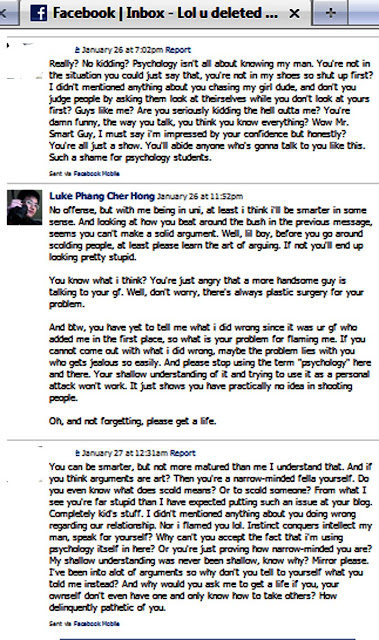 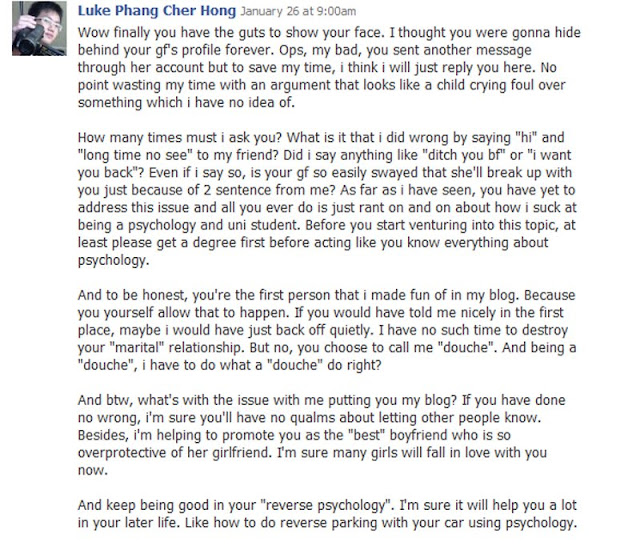 "Although the antagonist appears to be strong, the hero knew that the answer lies in relentless attacks, though it may be stupid.  The answer lies not in outsmarting the antagonist, because the hero stood no chance if the battle were to based purely on wits.  He had to tire and bore the antagonist with personal attacks which hold no content and is downright empty.

This time, he was right.  The antagonist grew tired of the fight due to the fact that the hero is at a completely different level than the antagonist.  And that level happens to be a child play level.  So the antagonist decides to take a rest and save his time from arguing with a child.

And so, the hero managed to chase the antagonist away from making anymore advancement.  At least for today, because he knew that his wife is too hot for the taking and he knew that with his caliber, he is unable to leave his wife alone because the sight of any other guy drives him nuts with paranoia."

I thought of continuing this post the second day.  But since so many people wanted me to continue, well, here is it.  Besides, i couldn't really resist not posting all these stuff up.

P/s:  I'm thinking on whether to continue playing with this guy or not.  Because he can seriously bore me with his arguments.  This is the first time i see someone argue with no essence at all.  I ask something, he answer something else.  It's like a duck trying to communicate with a chicken.  But if you all want to see more, well, i don't mind prolonging this