Woots, i finally have time to update my blog after so many hectic days of having fun.

Yeap, having fun could be hectic too when you have to walk here and there for the whole day.

I think i actually managed to cut some weight as a result of over-walking this few days.

Went to Orchard, wanted to do some shopping but gave up after seeing the immensely expensive stuff there.

But i still had a good time as the decorations there are quite nice and enjoyed the talking cock and doing lots of stupid stuff there with the gang.

Here are some pictures: 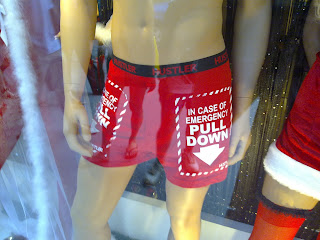 What kind of emergency that needs you to pull down the pants? Hmm... 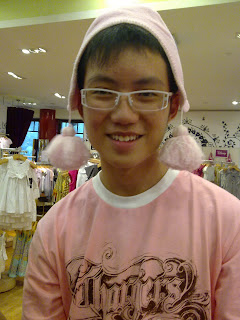 Me in pink again, this time with a skullcap!

(is it called a skull cap? i'm not good with clothing anyway) 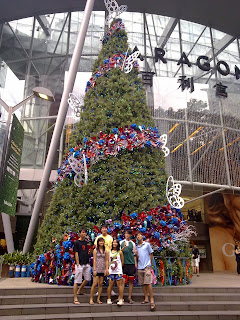 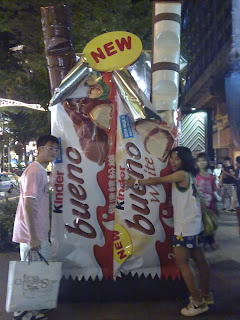 The biggest Kinder Bueno in Singapore?

Photos of night view in Orchard: 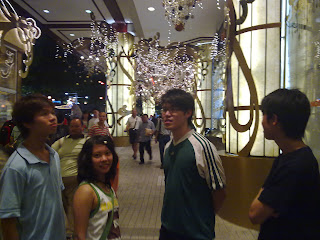 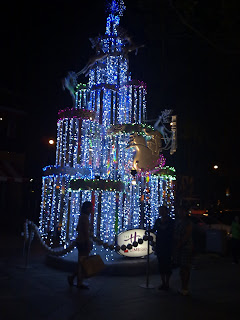 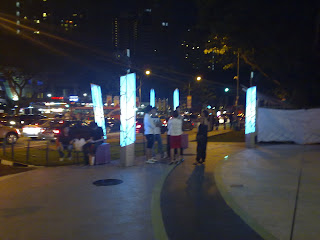 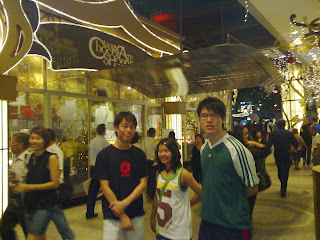 And this is Jason Teh after a hard day shopping around Orchard: 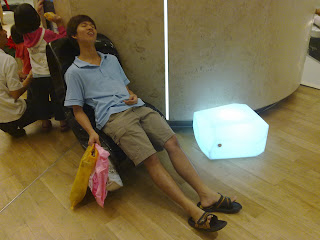 Besides going to Orchard, i also followed Eusoffworks (my hostel's media wing) outing to somewhere near Clarke Quay.  It's a photography outing which means i have to take a lot of photos, so me and my trusty N79 got down to work capturing those moments which shall forever be "Scandal Photos".

(The DSLR cameras were all occupied, so i have to settle with N79) 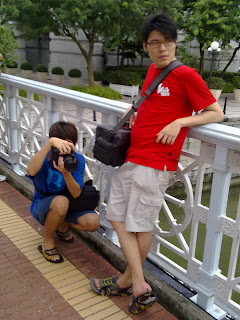 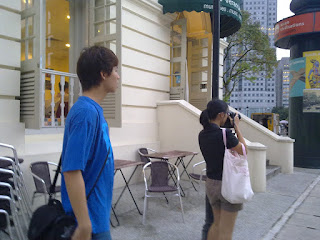 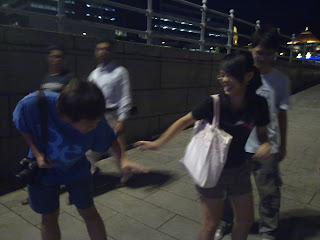 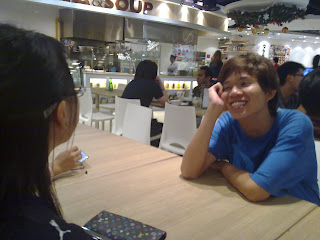 Scandal 4: Look at Jason's expression when he's looking at Erin 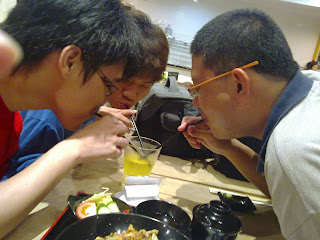 Scandal 5: Jason sharing a cup with 2 other guys! OMG!

If you have noticed, all the "Scandal Photos" revolve around only Mr Jason Teh.  Well, this is because he's owing me S$ 1000 and have still not yet repay me yet so this is one of the way i'm using to force him to repay the money he owes me.

The real reason is because i'm jealous that his more handsomer than me.

And please do not misunderstand the photos up there, especially Erin's boyfriend.  Those photos are not really scandal photos so you do not have to think of ways to whack Jason.  It all lies in holding the camera and capturing the perfect moment when the situation looks like scandal.

Speaking of capturing the perfect moment, here are some other "epic" photos i took: 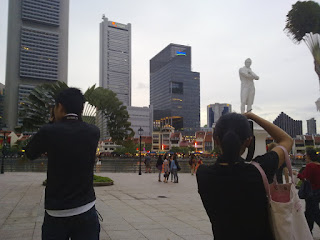 The 2 professional PIB (Photographers In Black) 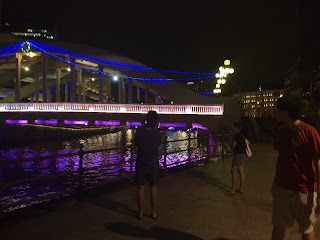 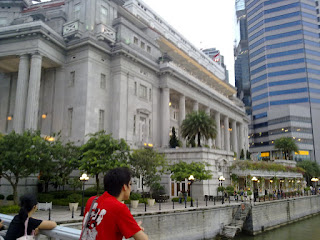 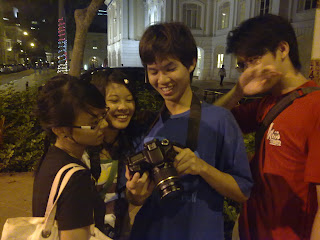 Sharing a light moment together 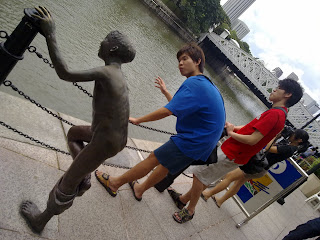 Jason: (speaking to the statue) You jump, i jump.

Kok Weng: The dude next to me have gotta see a doctor.

Erin: Whatever! I'm taking a photo of the hot guy opposite the river. 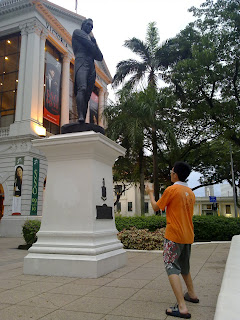 Me: Mercy, oh Mr Raffles!  I promise not to self-praise myself handsome anymore! 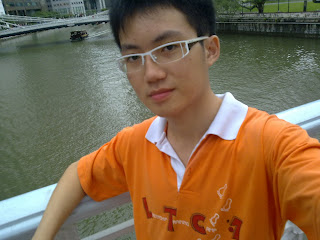 (Ops, did i just forgot my promise to Mr Raffles?)

Wow, guess i have to stop uploading pictures already or risk having this post to take forever to load.

Well, you can't blame me actually.

It's the holidays anyway, and i just got back my phone after a few months without it.

So now i'm taking all the pictures i can with the phone, pictures of me eating, going out, playing, bathing, doing my business in the toilet, blogging, breathing......