I'm back in Singapore!

Back with a new (handsomer) look thanks to my awesome specs and cool haircut.

Got back my old N79 phone too!

And since now i can take picture again, what am i waiting for?

First photo must be a cam-whore! 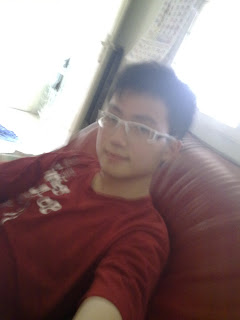 And you can't trust Nokia phones to take clear pictures >.<

First thing that i did after coming back to Singapore was to clean my room, which happens to be also my first time in my life cause i rarely clean my room back in Malaysia (cause got mum and dad) and man, its not easy.  Not to mention the job was made tougher with me being inexperienced.

Another shocking thing that happened was when i asked for lunch.

Me: So, where are we going for lunch today?

Friend (I forgot who said it so i'll just put friend): Oh, we're cooking ourselves.

Me: I see, cooking as in cooking Maggie mee?

Friend: No! That's so unhealthy!

Me: Erm, so what are we cooking then?

Friend: *said something which i forgot but i knew my reaction was =.="" *

The =.="" reaction was because i had no prior or minimal cooking experience.  Heck, most of the time my job was only to eat when i was at home.  At most i would just stand and observe how my mum or grandparents cooked.

Which was the reason why i stood at one corner and took pictures while the pros cooked. 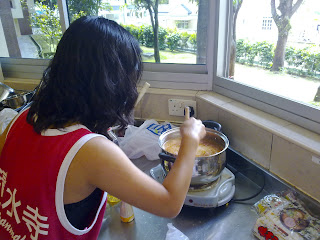 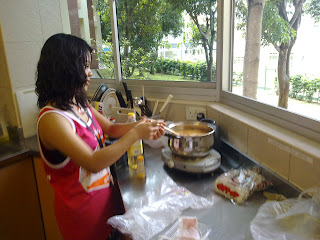 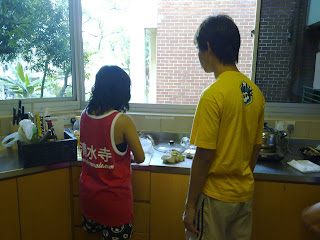 New scandal for the day, Jason and Huang Hua!

Can be our dad and mum? 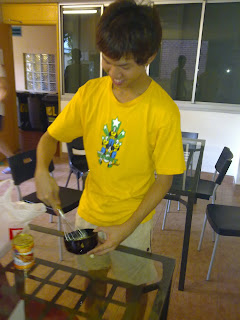 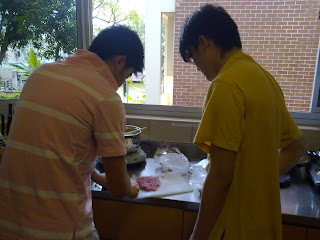 But they're still more pro than me T.T

Well, after being left at the sidelines while the pro cooked, eventually i mustered enough courage to cook what i know how to cook. 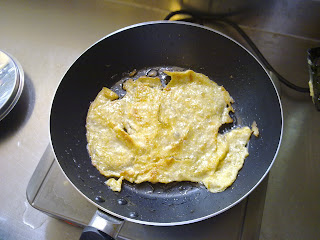 The eggs which i was cooking.

Note to self: Learn cooking from mum and grandparents!