Why Do We Write A Blog?

I'm bored.
Dead bored because my mother barred me from going out, well for tonight at least, as i have become a nocturnal creature of some sort according to what she days. Being nocturnal is not that bad on my opinion, considering Edward Cullen who has a killer look and huge base of female fans is also a nocturnal. Heck, to make matters worse, he is not even real.


Well, which brings me back to this blog. I checked out some of my friends blogs today and most of them are either dead, relinked or gone missing in action. Why do we blog actually?

You know, the people who load their profiles with countless amounts of Google Adsense into their profile praying that at least 10 people will click on the ADs per day so that they could retire happily and have no need to work anymore.
I do too, because i'm motivated by the occasional stories where a normal Joe suddenly becomes rich and famous because visitors to his blog skyrocketed in all of a sudden because he managed to expose the secrets of how to be famous using blogs.
But lets face the truth, how many people actually can achieve it?
Considering the sheer number of blogs on the internet today, i say the chances are pretty slim.

*
And there are those who blog for acceptance.

Those who blog so people could understand what's on their mind and how do they really tick. Those who just want people to see and accept them for who they are.

*
And of course they are also the fanatical bloggers.

Those who use blog to spread propaganda, slander and lies for certain parties to achieve their goals which is never good in the first place.
These kind of bloggers are the most dangerous of all the type because the incite hatred and can cause tensions among their readers. And they do not have to worry about being caught as they can remain anonymous in cyberspace.
Well, i do hope i won't become one of them and certainly would not be affiliated with them.

*
And lastly, those who blog because of boredom.
They have nothing better to do because all their friends are offline and they could not go out because their mum had just grounded them.
Yeah, which basically means myself. 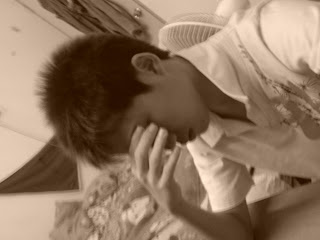